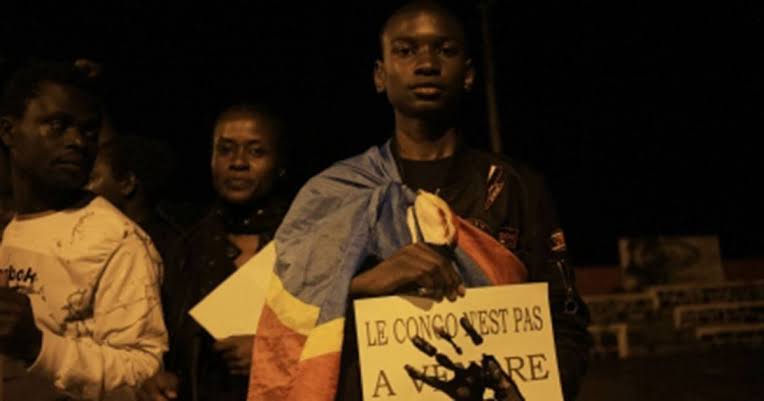 The European Union on Thursday, imposed stiff sanctions on a Belgian gold trader, rebel chiefs and some top Congolese army and political figures for their role in fuelling crisis and human rights abuses in the Democratic Republic of the Congo (DRC).

As part of a wide range of sanctions approved by the EU, eight people were also added to its list of sanctions over violence in the conflict-wracked eastern DRC region, while it also extended existing sanctions against nine others.

According to the Council of the EU said in a press statement, the 17 people are now subject to restrictive measures until December 2023, consisting of a travel ban and an asset freeze.

The eight newly listed individuals, the statement said, include five members of different armed groups namely the M23, ADF, CODECO, FDLR and Mai-Mai Yakatumba, a member of the Congolese army, a Congolese politician and the Belgian businessman who deals in gold trade.

The Antwerp-born businessman, Alain Goetz, was put on the asset freeze and visa ban blacklist for his role in the ongoing conflict in the DRC and profiting from gold mines controlled by militia groups in the South Kivu province.

“Most of them are responsible for serious human rights violations and abuses and for sustaining the armed conflict in the DRC. Others have been listed for inciting violence and exploiting the conflict through the illicit exploitation or trade of natural resources,” the EU statement said.

“Today’s decision was taken in the context of the EU’s integrated approach in support of the efforts by the DRC authorities to build a lasting peace and stabilise the Eastern part of the country.

“Goetz is therefore exploiting the armed conflict, instability and insecurity in the DRC through the illicit exploitation and trade of natural resources,” the statement said.

Others in the sanction list include Willy Ngoma, the military spokesman for the M23 rebel group, rebel leader Protogene Ruvugayimikore of the FDLR-FOCA militia and Meddie Nkalubo, a commander in the ISIL (ISIS)-affiliated ADF.

High-ranking DRC army officer, Joseph Nganzo Olikwa Tipi is also on the blacklist for abuses committed by the 312th battalion he commanded, “in particular rapes of women between June and December 2021”, according to the EU, while Congolese politician, Justin Bitakwira, was put on the list for speeches inciting “violence” against the DRC’s Banyamulenge community.