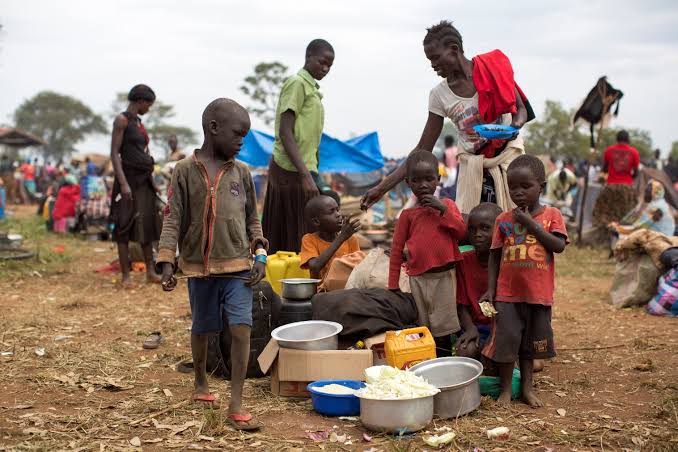 The figure painted by the agency in a report on Wednesday, is almost a quarter of the country’s population which is “inching toward starvation” due to a shortage of funding from donor agencies.

The UN report stated that the number of people facing acute hunger between June and July increased by nearly two million, compared to the same period last year.

The UN lamented that its humanitarian response for Sudan in 2022 received only $414.1 million out of a total requirement of $1.94 billion which it said was grossly inadequate to cater for the needs of the starving population.

“Starting from July, more than 550,000 refugees received only half of a standard food basket, whether as in-kind food or cash-based transfers,” the report said.

“Most of those suffering from acute hunger are in the capital, Khartoum, the Darfur region and the provinces of Kassala and White Nile, which were the hardest hit by conflict and economic decline,” OCHA said.

The agency reported that around four million children under age five as well as pregnant and nursing women are estimated to be acutely malnourished and in need of humanitarian life-saving nutrition.