Eliud Kipchoge, has won the Tokyo marathon for the second time on a bounce in 2hrs 2mins 40secs, the fourth-fastest time in history. 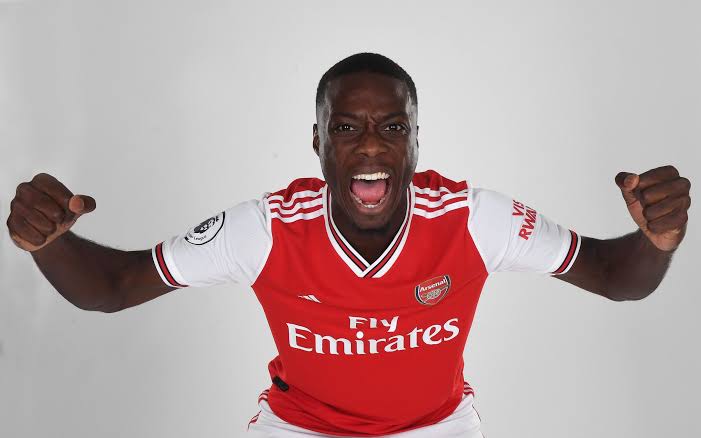 When English Premier League giants, Arsenal, paid French club Lille, a whopping £72 million which was a club record, for Ivorian winger, Nicolas Pepe, the move was seen as one that would take the club to great heights.

The previous season, 2018/2019, Pepe had scored 22 goals and provided 11 assists for the modest Lille and the then Arsenal coach Unai Emery pulled every trick to prize him away from the French league for the princely sum which was also a record for an African player.

Signing a top-class winger has been one of our key objectives in this transfer window and I’m delighted he’s joining.

“He will add pace, power and creativity, with the aim of bringing more goals to our team,”  Emeri had said at the time.

But three years after completing the club-record fee, Pepe has neither lived up to the expectation or the lofty dreams the Gunners had when he was snapped up. Pepe has been a flop in North London having been sidelined by youngster Bukayo Saka and with Gunner’s coach Mikel Arteta, trying everything possible sign Leeds winger Raphinha, Pepe’s days may be numbered.

But the Ivorian star is not the only African player who did not light up the EPL as there have been others who flopped in the league when there were high hopes on their acquisition.

Africanewswatch brings you a rundown of the continent soccer stars who failed to live up to the billings in the EPL.

When Manchester United signed Cameroonian midfielder, Eric Djemba-Djemba, the fans were expecting a repeat of his exploits at Nantes of France and his impressive performance at the 2002 Africa Cup of Nations which Cameroon won. 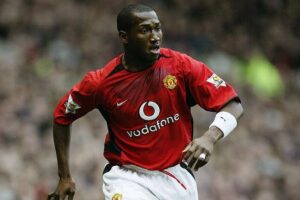 The idea was for him to replace club legend, Roy Keane, who just hung up his boots but Djemba-Djemba was nothing close to Keane’s shadow as he was do bad the fans dubbed him flop of the century.

Man U had so much hopes on the Cameroon midfielder but he was not just a hopeless player but one who could not do the simplest thing right.

Arsenal decided to fork out £72 million for Pepe instead of Wilfried Zaha in the summer of 2019, despite Unai Emery reportedly preferring the Crystal Palace man.

£72 million was a significant amount of money for the Gunners to part with but it looked like a bargain buy for a player who scored 22 goals and had 11 assists for Lille.

It made sense at that time to sign Pepe as he clearly had immense talent to burn.

However, he has only been able to demonstrate this talent on rare occasions while on other occasions, he has flattered to deceive, often frustrating the Gunners fans.

After a false dawn in the Premier League in the 2020-21 season, Pepe followed it up with an under par and disappointing 2021-2022 where he was a bit part player, contributing only three goals throughout the season.

Again, Manchester United thought they had found a replacement for Rio Ferdinand when they signed Ivorian defender, Eric Bailly, but it was another gamble that did not go as planned as he not only flopped but became a sort of liability for the club. 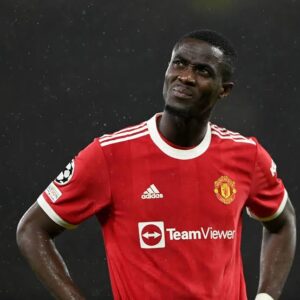 Manchester United had placed so much hope and faith in Bailly and thought he would help solve their defensive problems but anytime he is on the pitch, it has been one calamity or the other at the back for the red devils.

His is also not helped by injuries which have kept him in the lurch for several months but whenever he comes back into the team, he has also covered himself in glory.

Aston Villa thought they had found the answer to their goal scoring problems when they signed Tanzanian striker Mbwana Samatta from Fernrbache in 2020.

In his first two games, Samatta shown like a million stars, helping Villa reach the EFL Cup final, and netted on his league debut against Bournemouth. 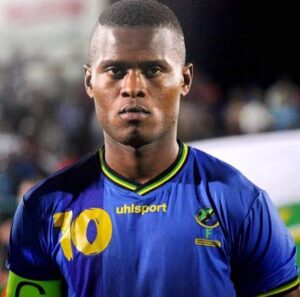 He would also score in the Villains’ final defeat by Manchester City, but that was as good as it got, as the striker never came close to justifying his £8.5 million fee.

In his 14 appearances for the club, Samatta only managed one goal and was shipped back to Ferne at the end of the season.

When Ivorian Wilfried Bony left Swansea to sign for Manchester City in 2017 in a £28 million move, having translated his Eredivisie goalscoring form to the Premier League.

However, while he had been able to find the back of the next in the colours of the Swans, he found it difficult to replicate same at the Etihad Stadium as he struggled to score the crucial goals the Citizens bought him for. 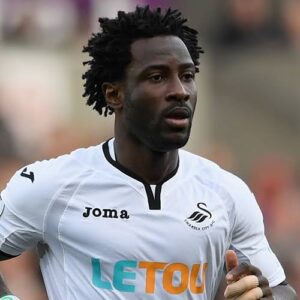 His case was not also helped by injuries and the form of Sergio Aguero who was the hottest striker in the EPL at the time.

By the time he moved on loan to Stoke City in 2016, he had fallen down the pecking order behind rookie Nigerian striker, Kelechi Iheanacho, who was signed straight after winning the Under 17 World Cup. Bony never regained his previous goalscoring form and is currently plying his trade with NEC Nijmegen in the Netherlands after stints in Saudi Arabia with Al-Arab and Al-Ittihad.

While playing for Lyon, Cameroonian midfielder Jean Makoun was tipped to follow the likes of Michael Essien and Mahamadou Diarra to translate successful spells in the EPL when he signed for Aston Villa for £6.2 million. 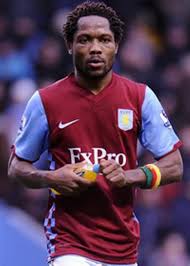 But Makoun struggled to adapt to life in the Premier League and departed after just nine league games, costing Villa just under £700,000 per appearance, not including wages.

Many Africans thought Man U flop par excellence, Bebe, was from Portugal player when he moved from the Poruguese league to Manchester United.

But Bebe is as African from the Island nation of Cape Verde. He actually cost
United a reported £7.4 million when the legendary Sir Alex Ferguson signed him from Vitoria Guimaraes. Fergie was to later confess that he’d never seen the Bebe play but signed him on the recommendation of a top soccer agent. But Bebe was a big scam! 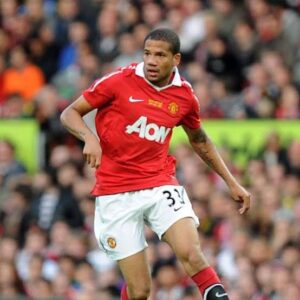 United fans saw little more of him; as Bebe, who had bounced back from homelessness to forge a professional career, managed only two league appearances at Old Trafford before returning to Portugal.

The winger who currently plays for Rayo Vallecano, made his Cape Verde debut earlier this year.

West Ham United thought they had s bargain when they splashed £9 million for a Ugandan teenager, Savio Nsereko, who came with a huge potential from Brescia.

But his talent was not able to take him far as he demonstrated precious little to suggest that he was worth such an amount.

Savio started just one match, failed to score, and was soon shipped backed to Italy and Fiorentina.

He’s currently playing in the German lower leagues, and is yet to be capped by either Germany or Uganda.

Congolese defender Chris Samba was signed by QPR for a whopping £12.5 million in a late bid to stave off relegation and on a reported £100,000 weekly salary, Samba returned to England after a brief spell in Russia, having previously been a hit with Blackburn Rovers. 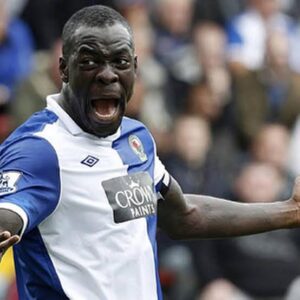 QPR fans had high hopes that Samba would help them escape relegation but the centre-back would soon fall out with the club’s fanbase while contributing a series of underwhelming showings as they dropped into the second tier.

He hung up his boots after last playing for Aston Villa in 2018.

South African striker Benni McCarthy, was supposed to be the next big thing when the Hammers snapped him up from Blackburn Rovers after a spectacular season. 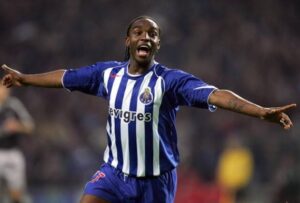 The Bafana Bafana record goal scorer who had impressed at Blackburn Rovers, was, however, past his best when he arrived in East London for £2.25 million.

He struggled with injury and fitness problems, was sidelined for six weeks on his debut, and was also criticised by the club’s hierarchy, and could not replicate his Rovers form.

He was shipped out after enduring the butt of jokes from the fans who could not wait for him to be let off his misery. 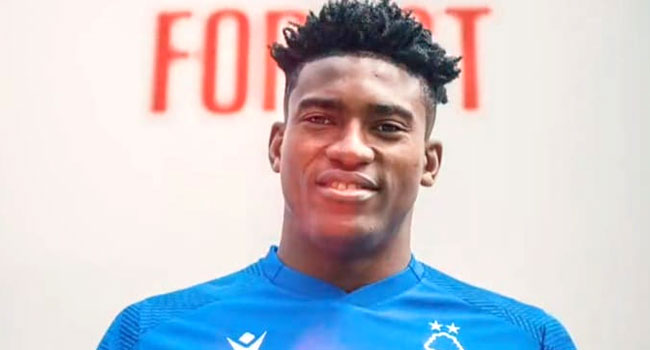 Super Eagles striker, Taiwo Awoniyi, has sealed a five year move worth £17.5 million to newly promoted English Premier League side, Nottingham Forest, which is a record fee for the modest club.

The 24-year-old Awoniyi moved from modest Bundesliga side, Union Berlin, back to the EPL after his time with Liverpool where he failed to make a single appearance.

The Under 17 world cup winner leaves the German league after scoring 20 goals in 43 games in all competitions last season for Union, with 15 of the goals in Bundesliga games which helped Union finish fifth, thereby qualifying for the UEFA Europa League for the first time since 2001-02. 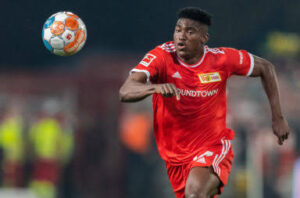 Awoniyi had joined Liverpool for the start of his professional career in 2015, following his crucial role for the Golden Eaglets in their U-17 World Cup triumph in 2013, but due to work permit issues, he was farmed out on several loans spells outside of England before finally earning a permanent move to the German outfit last season.

Nottingham Forest also confirmed the signing of the powerful forward in a tweet on the club’s official Twitter handle on Friday.

“Nottingham Forest are delighted to confirm the signing of Nigerian international forward Taiwo Awoniyi for a club-record fee,” the club also wrote on their official website page.

Speaking on the move, Awoniyi who featured for the Super Eagles at the African Cup of Nations in Cameroon earlier this year, said it was an easy decision for him to make. 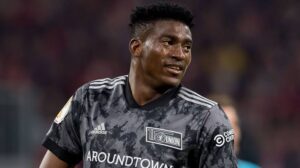 “I’m very excited to be here at Nottingham Forest. It’s always been my dream to play in the Premier League and having spoken to (Coach) Steve Cooper about our ambitions and looking at Forest, with its great history, it’s a club that I want to be part of,” he said at his unveiling.

Forest head coach Steve Cooper also expressed his delight at signing the Super Eagles star whom he said had attracted a host of clubs in the Premier League and across Europe.

“There’s been a lot of interest in Taiwo from other Premier League clubs, and other clubs across Europe, so we’re delighted that he’s chosen Nottingham Forest,” said Cooper.