Rebels from the northern Ethiopian Tigray region say they have begun handing in their heavy weapons, which was a key part of a disarmament peace deal signed two months ago between the federal government and the group.

According to the spokesman for the Tigray People’s Liberation Front (TPLF), Getachew Reda in a statement on Wednesday, the handover is taking place in the town of Agulae, about 30km (18 miles) northeast of the regional capital Mekelle, and was overseen by a monitoring team comprising members of the two sides and eastern African regional body, the Intergovernmental Authority on Development (IGAD).

“Tigray has handed over its heavy weapons as part of its commitment to implementing the Pretoria agreement that was signed between Ethiopia’s government and Tigray People’s Liberation Front,” Reda said in the statement.

“We hope and expect this will go a long way in expediting the full implementation of the agreement,” he added.

At the handover ceremony, aTigray Defence Forces (TDF) representative, Mulugeta Gebrechristos, said the start of the disarmament would play a major role in restoring peace.

“We are operating with the belief that if we are to have peace, all things that open the door for provocation must not be there. Peace is vital for us all,” Mulugeta said in a speech broadcast on the local Tigrai TV.

A representative of the Ethiopian army, Aleme Tadesse, who also spoke at the handover ceremony, said:

“We are all part of one Ethiopia. Both us and the TDF have moved from our respective defensive positions in peace, understanding and love.”

The terms of a peace agreement signed on November 2, 2022, include, among other conditions, disarming the rebel forces, restoring federal authority in Tigray and reopening access and communications to the region, which has been cut off since mid-2021.

A November 12 deal on the implementation of the agreement had stipulated that the disarmament of heavy Tigrayan weapons would take place at the same time as the withdrawal of foreign and non-federal forces. 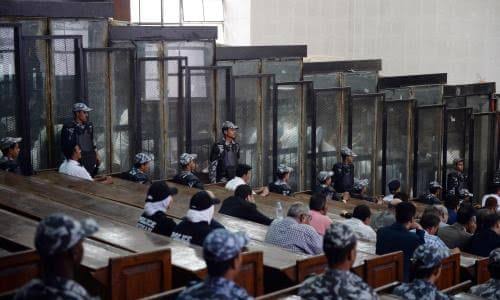 A special court in Egypt has sentenced a terrorist to death by hanging, while 11 others bagged life imprisonment, over various terror charges dating back to 2017, authorities say.

The sentences which were handed down on Tuesday by the First Terrorism Circuit at Egypt’s State Security Criminal Court, also saw three suspects getting 15 years imprisonment and three others jailed 10 years on various other charges.

The prosecution had accused the first defendant of assuming the “leadership of a terrorist group from 2015 to 2019, endangering social peace, obstructing government administration, destruction of public property, planning to hijack police vehicles and kill police personnel as well as possessing firearms.”

The state prosecutor also said the others were charged with “joining a terrorist group, attempting to kill officers and police personnel, destroying public property, and possessing firearms.”

The defendants reportedly lived in the popular neighbourhood of Al-Omraniya in Giza Governorate.

“We have noticed that the Egyptian government uses terror charges against dissidents and opposition figures it wishes to silence, with many sentenced in trials which are not fair and which do not provide them the right to a defence,” the group said. 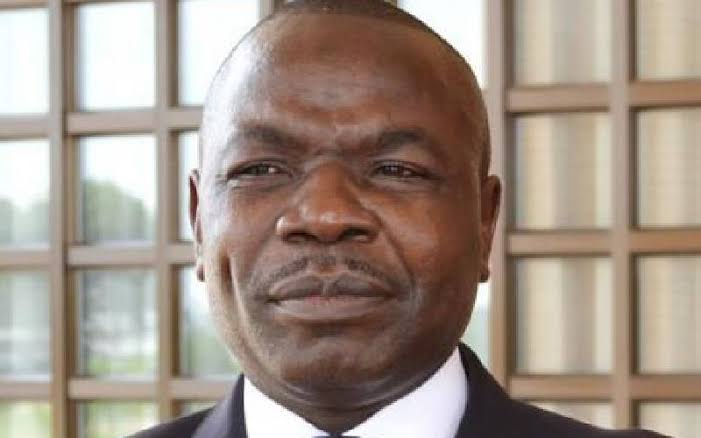 At least 28 people including a well known Cameroonian media mogul, Jean-Pierre Amougou Belinga, the owner of Vision 4 TV based in Douala, and several senior police officers have been arrested and detained by authorities in the country in connection with the killing last month of popular broadcast journalist, Martinez Zogo, who was abducted and killed last month.

The mutilated body of the radio host was found on January 22 in Yaounde, five days after he was abducted near a police station after he started a programme where he began exposing official corruption and mentioned names of top government officials.

Media organisations in the Central African country had also reported the murder of a Catholic priest and radio host, Jean Jacques Ola Bebe, who also found dead in the capital after he called for justice for Zogo.

The president of the Cameroon Journalists Trade Union, Marion Obam, told journalists at a press conference in Douala on Tuesday that Cameroonian journalists will wear dark clothes every Wednesday to show they want all suspected killers of journalists arrested and brought to justice.

She added that Belinga’s chief of security, a former presidential guard commander, and the head of his Vision 4 TV channel.

Friends of the murdered journalist say Zogo had, on his radio program, accused Belinga of planning to kill him for reporting on his (Belinga’s) alleged corrupt deals with officials.

“Since the killings of Zogo and Bebe, several other journalists in Cameroon say they have received death threats.”

“Nobody would want to be killed. When journalists are moving, they feel that the worst can come to them.

“We even have some families who are already beginning to advise that their children should not engage in journalism because it could invite agony to their lives,” Omba said.

“Many journalists are waiting to see the Cameroonian government bring to book those who have brought this kind of agony to the media in Cameroon,” she said.