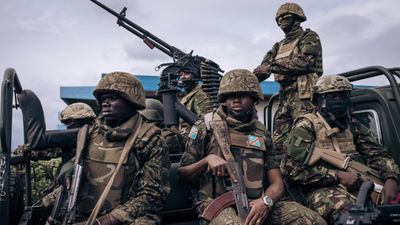 A group of independent experts from the United Nations have accused Rwanda of providing military and logistic support for rebels in the troubled eastern Democratic Republic of Congo.

In a 236-page document presented to the UN Security Council on Friday, the experts accuse Rwandan Army of “engaging in military operations” against DR Congo’s military in the country’s troubled east.

The report which is expected to be published in the coming days, comes after the DRC again, accused Rwanda of backing the M23 rebels which has been causing havoc in the eastern part of the country.

The report said there was substantial evidence that the Rwandan army directly intervened in Congo’s fight against M23 rebels, and that it had supported the group with weapons, ammunition and uniforms.

Though Rwanda has repeatedly denied supporting the rebels, the UN experts’ report further indicted the Rwandan military of “reinforcing” the M23 in their clashes with the DRC soldiers.

Part of the report stated that Rwanda provided troop reinforcements to the M23 “for specific operations, in particular when these were aimed at seizing strategic towns and areas.”

It added that Rwandan troops also led joint attacks with M23 fighters against Congolese positions in May, according to the report.

But the Rwandese authorities have denied the allegations of supporting the M23 rebels.

While reacting to the accusation, Rwanda’s deputy government spokesman, Alain Mukuralinda, said his country had not seen the substance of the report or the evidence it was based upon.