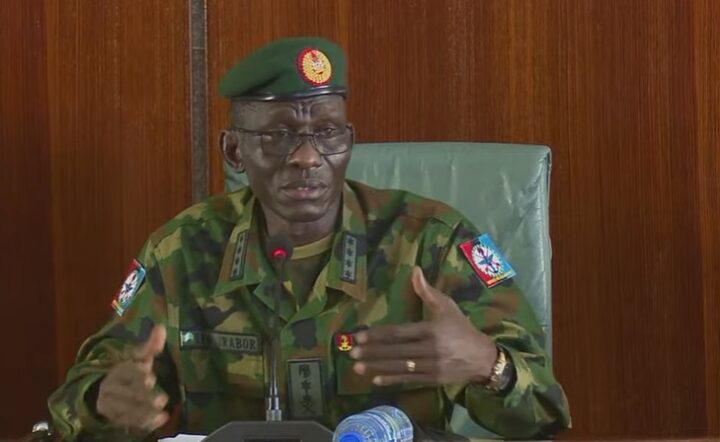 The Nigerian Army has debunked a report by international media outfit, Reuters, which indicted the military authorities of forcefully terminating at least 10,000 pregnancies for female victims of Boko Haram jihadists who were abducted and impregnated by the terrorists in northeast Nigeria.

The news agency had, in a report on Wednesday, accused the Nigerian military of “conducting years-long illicit programme to carry out abortions among women and girls who have been victims of armed groups.”

“Since at least 2013, the Nigerian military has conducted a secret, systematic and illegal abortion programme in the country’s northeast, ending at least 10,000 pregnancies among women and girls,” the agency said.

It also said many of the women and girls had been kidnapped and raped by the armed fighters, and those who resisted an abortion ran the risk of being “beaten, held at gunpoint or drugged into compliance.”

Reuters said its report was based on witness statements from 33 women and girls, five health workers, and nine security personnel involved in the alleged programme, and on military documents and hospital records describing or tallying thousands of abortion procedures.

“Most of the abortions were carried out without the women’s consent and some were conducted without their prior knowledge, through abortion-inducing pills or injections passed off as medications to boost health or combat disease,” the agency said.

But in a response on Thursday, the Nigerian Army denied the report, describing it as “a body of insults on the Nigerian peoples and culture.”

“The Nigerian military will not, therefore, contemplate such evil of running a systematic and illegal abortion programme anywhere and anytime, and surely not on our own soil,” the statement said.