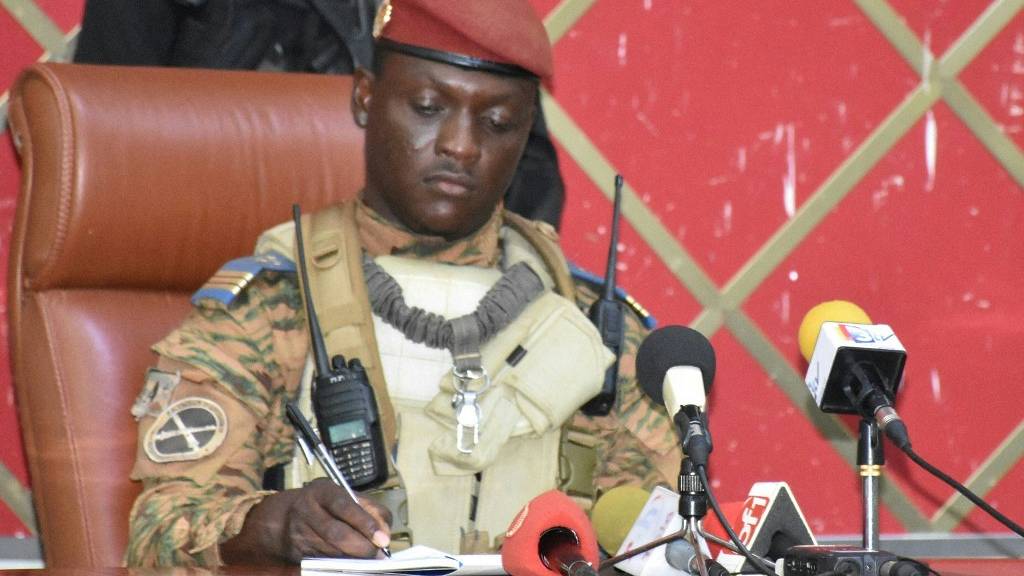 A military spokesman, Captain Marcel Medah, who confirmed the development to journalists on Saturday, said the young Army Captain who led the West African nation’s second coup in eight months, was named the interim leader at a national forum held on Friday in the capital, Ouagadougou, with over 300 delegates drawn from political parties, social and religious groups, security forces, unions as well as people displaced by jihadist violence.

In his first address to the nation, Traore had promised that his junta will uphold a pledge made by Damiba for a return to civilian government by July 2024 at the latest.

The forum, according to the junta spokesman, discussed the country’s future before power is supposed to return to civilians and elected to name the 34-year-old Traore the transition leader.

“Captain Traore has just been unanimously designated president of the transition government by the national forum,” the junta spokesman said.

“The forum adopted article five of a transition charter which stipulates that the head of the Patriotic Movement for Preservation and Restoration (MPSR) assumes the positions of transition president, head of state and supreme chief of the national armed forces,” Medah said.

The forum also adopted an article in the charter which says the transition president‘s mandate ends with the inauguration of a president resulting from elections planned in 2024 and he is not eligible to stand in presidential, legislative and any other local elections organised to end the transition period.

Captain Traore, had, on September 30, led a group of disgruntled junior officers to stage the coup which toppled Damiba, who himself, had seized power in January, when he led a coup that removed elected president, Roch Marc Christian Kabore.