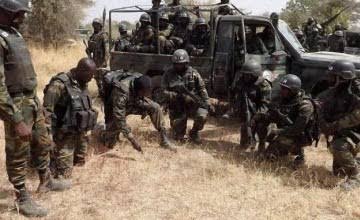 Cameroonian authorities have confirmed the death of six people who were killed when armed terrorists attacked a bus in the country’s western region which has witnessed attacks by insurgents for several years.

According to a the report, the attack which occurred on Wednesday evening in the area which had been hit by bloody conflict between anglophone separatists and state security forces, also saw eight people seriously wounded.

A senior government minister, Rene Emmanuel Sadi, who confirmed the incident, said the attack on the bus was carried out by a group of “heavily-armed terrorists” in Fako, located in the English-speaking southwest of the country.

“The cruel and barbaric terrorist attack left six dead, including one woman, and five men as well as eight wounded.

“The government of the Republic condemns in the strongest terms this cowardly and despicable attack perpetrated against innocent civilians,” Sadi said.

For over five years, the north west and south west regions of the Central African country have been engaged in a bloody conflict between anglophone Ambazonia separatists who have been clamouring for an independent country and the state.

The violence has claimed over 6,000 lives and displaced around a million people, majority of them having died to safety in neighbouring Nigeria.