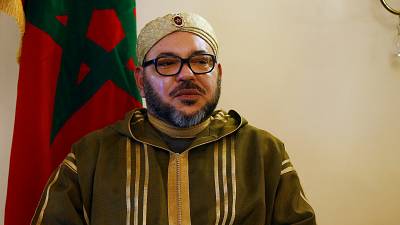 The King of Morocco, Mohammed VI, has granted royal pardon to 542 convicts in commemoration of the Morocco’s Revolution of the King and the People of 1956.

The announcement was made by Morocco’s Ministry of Justice on Friday in a press release, which stated that the list of beneficiaries of the royal pardon includes 433 detainees and 109 convicts with a provisional release.

“Of the 109 convicts on provisional release, the royal pardon canceled the sentences of 37 people, fine payment for 63 people, and both the fine payment and prison sentences for 5 individuals. Meanwhile, four convicts were exonerated from prison time but remain obligated to pay their fines,” the statement noted.

“Of the 433 detainees, 12 inmates received sentence cancellation and 419 prisoners benefitted from sentence reduction,” it added.

The Moroccan Revolution of the King and the People is a celebration of the national anti-colonial struggle to end the French Protectorate in Morocco which was commemorated on August 20, 1956.

The expulsion of the King triggered nationwide uprisings which called for the return of the late King and the immediate liberation of the country and represented the beginning of the end as Morocco officially gained its independence in 1956.