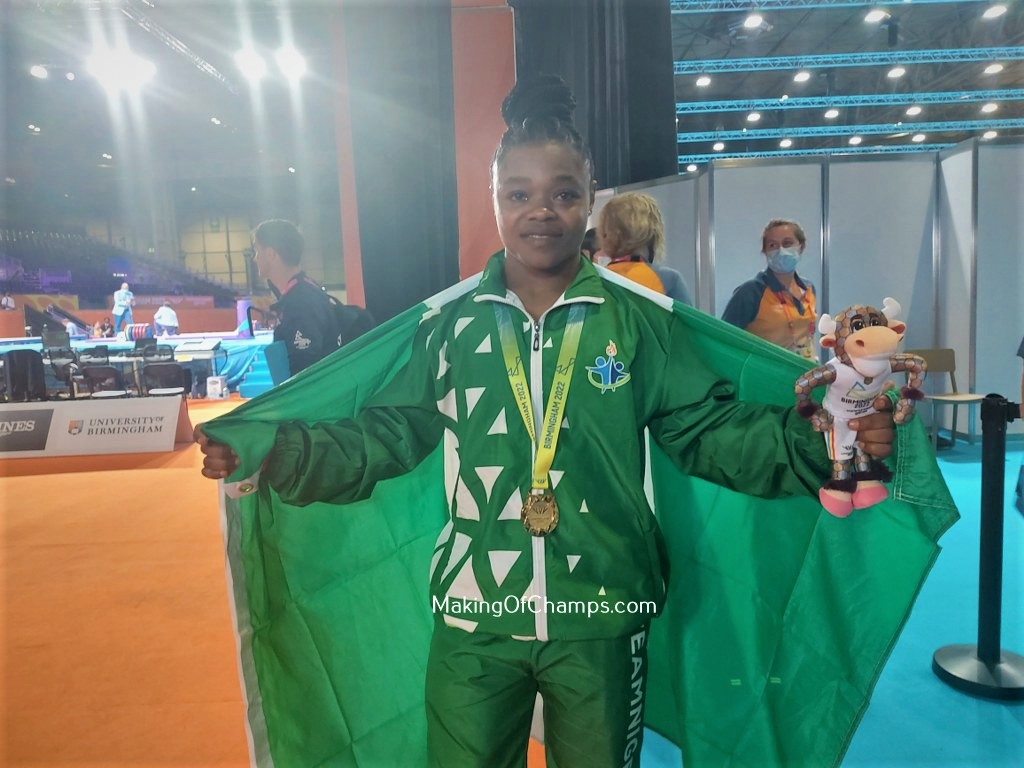 Nigeria has continued its exploit at the 2022 Commonwealth Games in Birmingham, England, as the country won another gold in weightlifting through Folashade Rafiatu Lawal.

The Nigerian lifted a total of 206kg to set a Commonwealth record for accumulated lifts to win the top prize in the women’s 59kg weightlifting event on Sunday.

The 25-year-old also set the Commonwealth record in the snatch category after lifting 90kg for her first lift.

Lawal’s came days after the West African country, through Adijat Olarinoye and Umoafia Joseph finished first and third on the podium of their weightlifting categories, respectively. 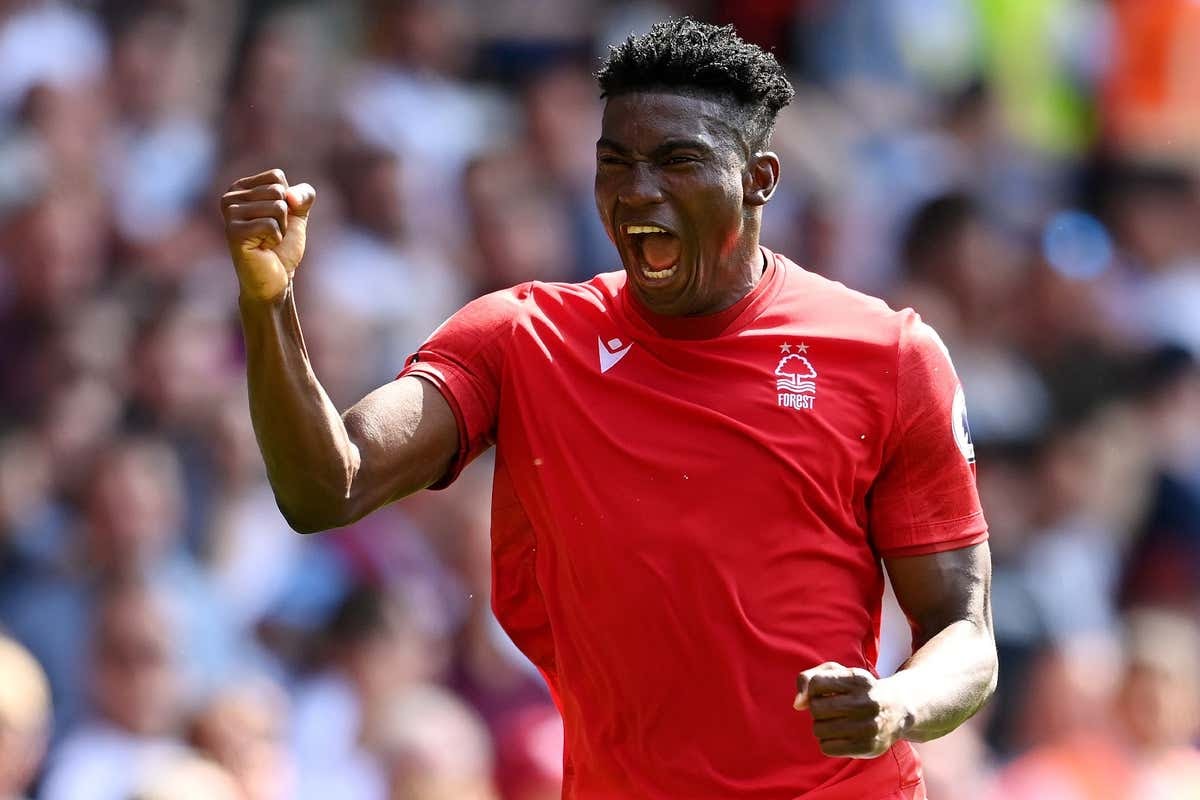 Nigeria’s Super Eagles striker, Taiwo Awoniyi has entered into the history books of Nottingham Forest as he netted The Reds first Premier League goal after 23 years as the EPL new boys pipped West Ham 1-0 on Sunday.

Awoniyi was up and running in his second game of the season and scored the only goal in Nottingham Forest’s 1-0 win over West Ham at City ground.

This was Awoniyi’s first full start for the Tricky Trees after coming on as a second-half sub in the 2-0 loss to Newcastle in the first match of season.

The Nigeria international’s first-half goal separated both teams in the keenly contested match which saw Dean Henderson save and a disallowed West Ham goal, saw him become the 37th Nigerian to score in the EPL.

Taiwo Awoniyi gets the scoresheet for Nottingham Forest ✅

They lead on home soil against West Ham 🔴

The former Union Berlin forward was handed the starting shirt alongside Jesse Lingard and Brennan Johnson in a three-man attack and came close to opening his account in the early minutes but his header from Neco Williams’ cross sailed over Lukasz Fabianski’s crossbar.

Just before the break, Awoniyi struck albeit in a scrappy manner as the ball hit his knee and flew past Fabiansky to settle in the back of the net. 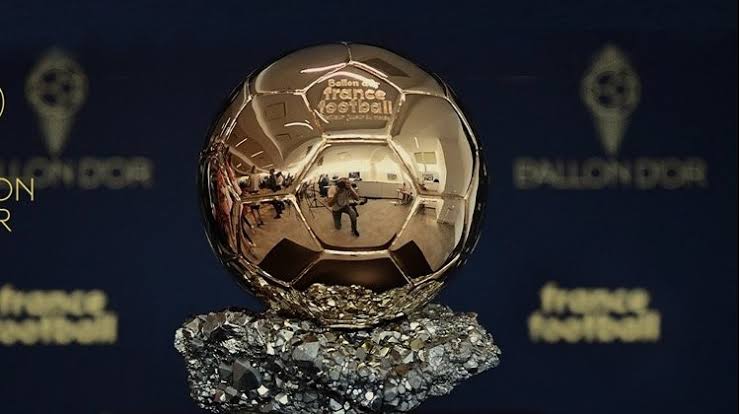 It is pleasant news that five African players have been nominated for the Ballon d’Or award with Egypt and Liverpool forward, Mohamed Salah, topping the list.

So far, former Liberian captain, George Weah, is the only African to have won the Ballon d’Or award which he picked up in 1995 while playing for AC Milan.

With the five African stars nominated to battle the likes of France and Real Madrid striker, Karim Benzema, and his national team mate, Killian Mbape of PSG, it is left to be seen if the continent stars stand any chance of following in Weah’s footsteps.

Here, Africanewswatch takes a look at the five and their chances of picking the prestigious award.

This is the fourth time the Egyptian forward will be getting a Ballon d’Or nomination with his best finish being fifth position in 2019. In 2018, he was sixth in 2018, and seventh in 2021.

This could be Salah’s best chance of winning the award after scooping the Premier League PFA Players’ Player of the Year Award last seasonThe Liverpool striker scored 31 goals in all competitions (23 in the league) and 15 assists for Liverpool to win the Premier League Golden Boot Award as the Reds won the FA and Carabao Cups and reached the Champions League final. The only setback to an otherwise fantastic season was Egypt losing the 2021 Afcon to a Sadio Mané inspired Senagal in Cameroon as well as missing the 2022 World Cup.

Sadio Mané’s status as the reigning African Player of the Year should propel him to give the award a big shout following his brilliant form for club and country.

The Senegal and Bayern Munich strike star netted 23 goals for Liverpool in the EPL, won the FA and Carabao Cups, reached the final of the Champions League, led Senegal to her first Afcon trophy before ending with the African Player of the Year. To add to a spectacular year, Mane was instrumental to qualifying Senegal for the Qatar World Cup at the expense of Egypt.

Three years ago, Mane was also nominated for the Ballon d’Or where he finished fourth behind Lionel Messi, Cristiano Ronaldo and Virgil van Dijk.

Algerian captain and Manchester City winger, Riyad Mahrez is another African star who has been nominated for the Ballon d’Or after a fantastic season for the EPL Champions where he scored 24 goals and notched up nine assists as Pep Guardiola’s men romped to the Premier League title.

He also scored crucial goals as Man City reached the semi finals of the Champions League and the FA Cup.

Riyad Mahrez is also in with a shout (Photo Credit: Getty Images)

He could, however, not replicate his fine club form for Algeria following a dismal outing at the Afcon in Cameroon as they were eliminated in the group stage.

Mahrez has been nominated for the Ballon d’Or three times before now.

From every indication, Sebastien Haller of Ivory Coast is an outsider when it comes to winning the Ballon d’Or even with his impressive outing for Ajax last season.

He was the Dutch club’s highest goal scorer with 34 goals and seven assists in all competitions and won the Eredivisie Golden Boot Award after scoring 21 league goals. Sebastien Haller may just be making up the number (Photo Credit: Getty Images)

But the newly signed Borussia Dortmund forward did not have a great run for the national team as the Ivorians were knocked out of the Afcon by Egypt in the round of 16.

Nigeria’s Super Falcons and Barcelona forward, Asisat Oshoala is the only African female player nominated in the women’s category, following a fantastic season with the Spanish team where she scored 20 goals and took home the women Pichichi award.

Oshoala was a strong force in the Barca attack as they won the league, Super Cup and Copa de la Reina titles.

She also won the female version of the African Player of the Year for the fifth time, the first by any player in the continent. Asisat Oshoala is the first African woman to be nominated for the Ballon d’Or (Photo Credit: Getty Images)

However, her chances of winning the Ballon d’Or got slimmer after the Super Falcons failed to retain their Women’s Africa Cup of Nations crown in Morocco where she played only one match after suffering an injury in their tournament’s first match.