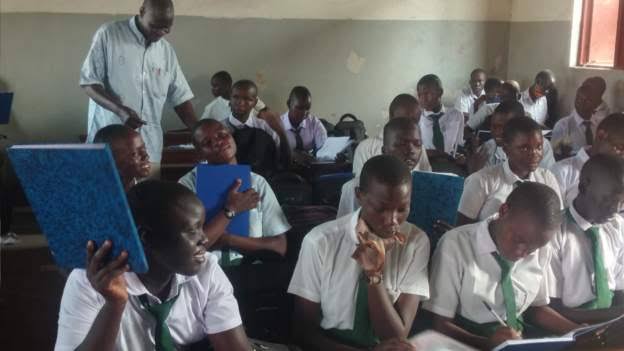 Thousands of school children in South Sudan are likely to drop out of schools this year as a result of the suspension of the United Nations food aid.

The new school term which started on Wednesday has seen less than half of the country’s student population turning for the resumption as they have given authorities a “No food, No school” warning.

The UN World Food Programme (WFP) on Tuesday, said it was cutting food rations to almost 6.2 million people in South Sudan, citing a shortage of funding, a decision which has affected over 178,000 children who are being fed in government schools.

A female student who attends Mayo Girls’ School in the capital, Juba, one of the beneficiaries of the now suspended WFP’s feeding programme, told journalists that “without that food, children cannot come to school.”

“I am appealing to WFP to continue providing the food. Personally, I will be affected because my family cannot afford to provide enough food for me. If there is no food, I will not come to school,” the 16-year-old student said.

Another student, a 17-year-old who identified herseld as Ijora Jovian, said the food aid programme was very important for the students.

“The school provides for us beans with sorghum and this improves learning because children who don’t have money for breakfast rely on this food and during break time they stay in the school.”

The school’s deputy head teacher, Thomas Hakim Sebit, who also spoke to journalists said the announcement by WFP was “sad news” as it would affect many of the more than 700 children at his school.

“If the food is cut off, the children will no longer come to school. I am appealing to WFP and the international community to continue supporting the school-feeding programme,” Sebit said.

Sebit said the news of the withdrawal of the food aid has already affected enrolment for the school’s new term as only 350 girls turned up.