The drama surrounding who becomes the presidential flag bearer of Nigeria’s ruling party, the All Progressive Congress has a new plot as the party Chairman, Abdullahi Adamu, has reportedly announced Senate President, Ahmad Lawan as the consensus presidential candidate.

The party chairman reportedly made the decision known at the meeting of the National Working Committee (NWC) on Monday in Abuja ahead of the party primaries meant to begin on Monday.

This new development is likely to divide the party as many believed that the ticket to contest as Nigeria’s next president under the APC should be reserved for an aspirant from the Southern part of the country since President Buhari who is due to leave office on May 29 next year after an eight years’ reign is from the Northern part of the country.

that Adamu informed members of the NWC that he arrived at the choice of Lawan after consultation with President Buhari.

Meanwhile, the National Working Committee of the party disagrees with the move and insisted that other Presidential aspirants which include Asiwaju Bola Tinubu, Vice President Yemi Osinbajo, Dr. Kayode Fayemi, Engr. David Umahi must be allowed to contest the primary election at tomorrow’s convention scheduled at The Eagle Square, Abuja.

Southern African Zimbabwe has continued with lobbying for readmission 18 years after it was thrown out of the body over allegations of human rights abuses.

The country made its latest move to be readmitted at the ongoing Commonwealth summit in Rwanda.

Zimbabwe’s ambassador to Rwanda Charity Manyeruke, who is attending the Commonwealth Heads of Government Meeting (CHOGM) in Kigali as an observer alongside other top government officials, told newsmen that the country’s participation at the summit was a “positive development.”

“Zimbabwe is excited to be participating in Commonwealth forums as this presents opportunities to network with the international community taking into account the government of Zimbabwe’s policy of engagement and reengagement,” Ms Manyeruke said.

“The Commonwealth meeting in Kigali has provided opportunities for our Zimbabwean diaspora across the globe, who are participating as panellists, facilitators and as delegates in the forums.

Zimbabwe was first suspended from the councils of the Commonwealth for one year, after international observers condemned disputed presidential election as unfairly tilted toward Robert Mugabe in 2022.

One year after the suspension, Mr Mugabe revealed that he did not accept a Commonwealth decision to prolong Zimbabwe’s suspension from the group until the country mended its ways.

“Accordingly, Zimbabwe has withdrawn its membership from the Commonwealth with immediate effect,” said a government statement. 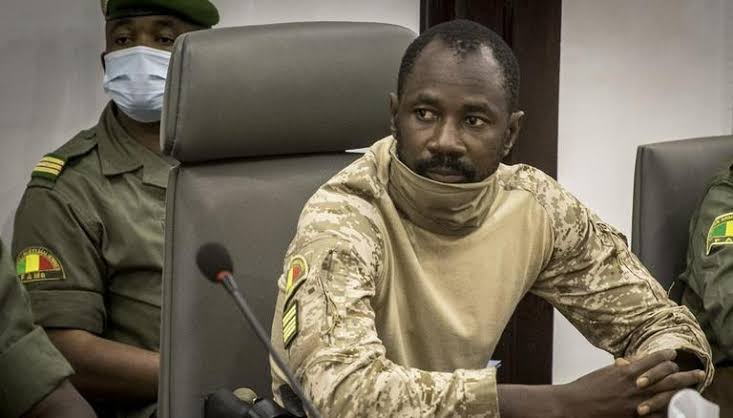 Leader of the Malian military junta, Col. Assimi Goita, has signed a new law which will pave the way for elections in 2024 and a return of the West African country to constitutional rule.

Col. Goita who has been president of the transitional government since seizing power in a coup two years ago, signed the law on Friday which will create a single election management body to replace a disputed three-party system.

The new law would also allow Goita and other military members of the transitional government eligible to run for elective positions in the next presidential election.

The law is seen as a step in the right direction after the West Africa regional bloc, the Economic Community of West Africa States (ECOWAS), imposed stiff sanctions on Mali earlier this year after the military rulers refused to organise elections in February as planned.

Mali and the 15-member ECOWAS have also been at logger heads over the coup leaders’ proposed five year timeline to elections, before proposing a two-year timeline, which ECOWAS deemed was too long.

The interim military government had, onJune 6, issued a decree fixing the two-year timetable, to be counted from March 2022, while negotiations with ECOWAS were still ongoing.

The law which gives room for Col. Goita to contest in the Mali election sounds like a deja vu situation too familiar with military coup leaders on the African continent, many of whom, over the years, transformed into civilian leaders, comfortably shedding their khaki uniforms for a civilian garb depending on the country’s national and traditional wear.

Goita does not lack inspiration as several examples abound from the length and breadth of Africa where the leaders ride into power on the barrels of guns but end up transforming into civilian presidents.

Others in the distinguished list include Jerry Rawlings in Ghana, Omar al-Bashir in Sudan, Gnassingbé Eyadéma in Togo, Mobutu Sese Seko in Zaire, and a host of other African leaders who went from military head of states to civilian presidents.