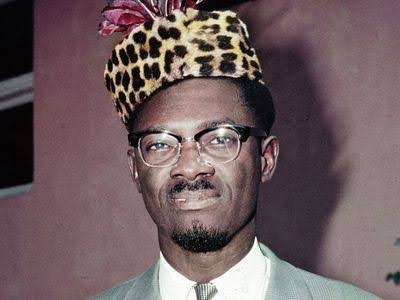 The remains of assassinated Congolese Prime Minister, Patrice Emery Lumumba, who was murdered in 1961, has been returned to his family from Belgium where one of his tooth was found.

The golden tooth which is one of the relic that the Belgian justice system will hand over to Lumumba’s family on Monday in a two-part ceremony at the Egmont Palace, in Brussels, is part of agreement reached by the Belgium and the Democratic Republic of Congo during the visit of King Philippe to the Central African country.

Lumumba who has been widely acclaimed as the father of Congolese independence, was assassinated alongside with two fellow freedom on January 17, 1961, and more than 60 years after his death, his remains will be reunited with his family and people. 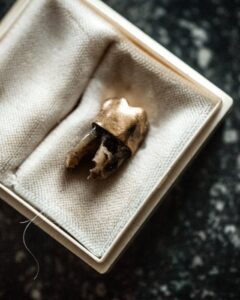 The symbolic handover of Congolese independence leader’s remains is meant to soothe a family’s and a country’s historic pain, a DRC government spokesman said.

The spokesman added that on Tuesday, the Congolese delegation will return to the DRC where the relic will be taken to all relevant places in the life of the man who still embodies Congolese independence.

While the restitution of Lumumba’s tooth may be seen as a chance for redemption by Belgium especially the racism meted out to the people of the DRC during its colonial rule, the gesture is also meant to make a solid commitment to rectify its historical wrongs.

The return of Lumumba’s remains also means his family can finally have a “resting place where they can pray for their father,” said Brussels lawyer Christophe Marchand, who represents two of Lumumba’s five children, Francois and Roland.

“Without the remains, they can’t fully mourn,” Marchand said.

A Belgian official handed a blue box containing the tooth to members of the Lumumba family at an official ceremony at Egmont Palace in the Belgian and following the handover, Lumumba’s tooth will return to Kinshasha for proper burial.

Sudan has recalled its ambassador to Ethiopia after accusing the Ethiopian army of executing seven Sudanese soldiers and a civilian who had been held in captivity.

The Sudanese military had said on Sunday that the Ethiopian soldiers had executed the captives and displayed their bodies in public while negotiations were ongoing for their release, promising that there would be “an appropriate response” to the execution.

“It is an act that contravenes all laws and customs of war and international humanitarian law, the Ethiopian army executed seven Sudanese soldiers and a citizen who were their captives.

“This treacherous act will not pass without a response,” the Sudanese military said.

The Ethiopian government however, denied complicity by its military in the killing of the Sudanese soldiers, blaming the Sudanese forces for crossing into its territory and provoking a clash.

The Ethiopian Ministry of Foreign Affairs in Addis Ababa, issued a statement expressing regret over the incident but said Ethiopia has been misrepresented.

“The Government of Ethiopia categorically rejects the misrepresentation of these facts by the Sudanese defense forces that unjustly put the blame on Ethiopia, while it was the Sudanese army unit that crossed (over) the Ethiopian border, provoking the incident.”

But in an announcement late Monday, Sudan said it would recall its envoy from Addis Ababa as well as summon the Ethiopian ambassador from Khartoum.

The Ugandan government has made a turn on its decision to sack all arts teachers involved in the industrial action.

The change in position comes barely days after the government threatened to dismiss the teachers. Minister Raphael Magyezi had revealed that the government had reached a final position to have Arts striking teachers sacked if they do not get back to class.

The government backed down and invited the leaders of the tutors’ union for negotiations to end the ongoing strike that has paralysed learning in public schools for two weeks now.

Art teachers across Uganda downed tools last week, threatening to throw the country’s education sector into yet another crisis, a few months after schools came out of two years of a shutdown that kept thousands of learners at home.

“I urge members to go back and teach because if they continue with the industrial action, the lost time will never be recovered when the government affects their pay enhancement. I believe the doors for negotiations are still open,” Mr Mugaiga said.

The ongoing strike is just five months after Uganda reopened schools following a two-year closure due to the Covid-19 pandemic, has already caused outrage as more than eight million children in public schools miss out on learning.

Over 300 percent pay increment was allocated for science teachers in Uganda’s budget for the 2022/23 financial year, which starts in July but the allocation does not include arts and humanities teachers.

It is not uncommon to see prolonged industrial actions in Africa. Elsewhere in the continent, Nigeria, University teachers have been on strike since February over salary related agreement the academic union had with the government in 2009.