South African double Olympic 800m champion, Caster Semenya, has revealed that she once offered to strip naked and show her vagina to officials of the World Athletics Federation when she was 18 years of age to prove she was female.

The 31-year-old South African middle-distance champion said in an interview on Wednesday that when she first burst into the scene in 2009 by after winning the women’s 800m world title in a stunning fashion, the world athletics governing body doubted her gender and insisted she should undergo gender verification tests. 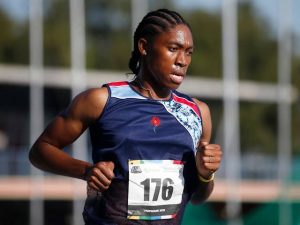 “They thought I had a d***, probably… but I told them: ‘It’s fine. I’m a female, I don’t care. If you want to see I’m a woman, I will show you my vagina. All right?’” Semenya recalled shortly after winning the women’s 800m world title at the 2009 World Athletics Championships in Berlin, Germany.

Semenya has a condition known as hyperandrogenism, which is characterised by higher than the usual levels of testosterone, a hormone that increases muscle mass and strength and the body’s ability to use oxygen. 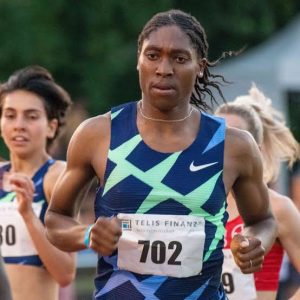 Gender tests conducted on the athlete have shown that Semenya has no womb or ovaries but that she had internal testes, the male sexual organs which produce testosterone, and her levels of the hormone were three times that of a “normal” female.

In 2011, she was forced to take medication after a ruling by World Athletics, followed by an injunction by the International Association of Athletics Federations that all female athletes with hyperandrogenism had to medically lower their testosterone levels.

“It made me sick, made me gain weight, panic attacks, I don’t know if I was ever going to have a heart attack.

“It’s like stabbing yourself with a knife every day. But I had no choice.

“I’m 18, I wanted to run, I wanted to make it to Olympics, that was the only option for me,” Semenya said in the interview. 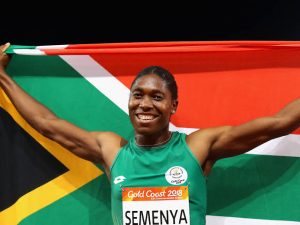 In 2020, Semenya lost her appeal to the Swiss Federal Tribunal to set aside a 2019 Court of Arbitration Sport (CAS) ruling that female athletes with high natural testosterone levels must take medication to reduce it.

She had approached the tribunal after CAS, sport’s highest court, ruled that the regulations of World Athletics were necessary for athletes with DSDs in races ranging from 400 metres to a mile to ensure fair competition.