With dozens of heavily armed police officers, EFCC laid siege at the home of Senator Okorocha for hours and eventually gained access into the mansion through the roof after several attempts to break into his bulletproof doors failed.

Very very disappointed at how EFCC are going about this Rochas arrest. This is almost 7pm and see.

What manner of hooliganism is this?

Yes he may be a criminal but not like this. pic.twitter.com/GbHQqNq1DU

While they were at it, Okorocha, in a live video, explained that the reason for the raid was unclear as the commission does not have a warrant of arrest from any court.

“They have been shooting and firing teargas everywhere. I don’t know the whereabouts of two of my children,” the former governor of Imo State said.

The Senator was also captured with other family members lying on the floor in prayers, calling on God to save him from the raid.

Come to my rescue. Come and help me my lord and my God- Senator Okorocha prays as EFCC operatives bang on the door of his bedroom

Recall that this was not the first time Okorocha would visit the EFCC, following his announcement to run for president in the coming 2023 elections in January, the EFCC quizzed the Senator on fraud allegations.

WHY WE STRUCK — EFCC

Justifying the turn of events, the EFCC, in a thread on its verified Twitter angle explained that the action was necessary after the senator refused to honour invitations after jumping administrative bail.

The statement signed by the Head of Media and Publicity, Wilson Uwujaren, said: “Operatives of the Economic and Financial Crimes Commission, EFCC, today May 24, 2022, arrived at the Maitama, Abuja home of a former governor of Imo state, Senator Rochas Okorocha, to effect his arrest.

“The move followed the refusal of the former governor to honour invitations after jumping the administrative bail earlier granted him by the Commission.

“EFCC had on January 24, 2022, filed a 17-count criminal charge bordering on diversion of public funds and properties to the tune of N2.9billion against Okorocha.

“The case was assigned to Honourable Justice Inyang Ekwo of the Federal High Court, Abuja, but attempts to arraign Senator Okorocha were twice stalled due to the ex-governor’s absence who evaded service of processes.

“At the last adjourned date, March 28th, 2022, Justice Ekwo before adjourning until May 30th, 2022, had warned that it was “the last adjournment I shall grant in this matter.”

“In the circumstances, the Commission is left with no option than to effect the arrest of Senator Okorocha and bring him to trial,” the statement read.

Why We Are At Okorocha’s Home – EFCC

Operatives of the Economic and Financial Crimes Commission, EFCC, today May 24, 2022, arrived at the Maitama, Abuja home of a former governor of Imo state, Senator Rochas Okorocha, to effect his arrest. pic.twitter.com/G09HhjSOEU 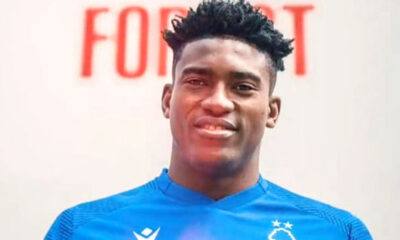