The Prime Minister of Somalia, Mohamed Hussein Roble, has given the African Union Chair’s Special Envoy for the country, Ambassador Francisco Madeira, 48 hours to leave the country after declaring him a persona non grata.

Roble who took the hard stance in a statement on Thursday, accused Madeira of “engaging in acts that are incompatible with his status,” and also requested that the AU Commission recall Madeira and “comply with this request.”

But the move by Roble could lead to another round of dispute between him and President Mohamed Abdullahi Mohamed, who rejected the expulsion of Madeira. 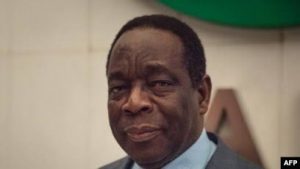 In a counter statement, the President said that he had not authorized any action against Madeira, adding that he had not received any reports from the Ministry of Foreign Affairs of Madeira committing acts against the sovereignty of the country.

The President’s statement insinuated that the decision to expel Madeira was issued by an office that didn’t have sole responsibility for making such a crucial decision.

The Mozambique-born Madeira, who was appointed to the office in October 2015, is not the first foreign diplomat to be expelled from Somalia as his deputy, Simon Mulongo, was expelled in November 2021.

In January 2019, the Somalian government had declared former United Nations Envoy to the country, Nicholas Haysom, a persona non grata for “violating protocols” and interfering in Somalia’s affairs and subsequently expelled.

Haysom’s expulsion came after he had asked the government whether UN-supported forces were involved in the shooting of demonstrators in Baidoa in December 2018.

West African country, Burkina Faso has gone the way of its neighbour Mali, as its ruling junta has suspended the broadcast of France’s RFI radio.