Liverpool and Senegal hotshot striker, Sadio Mane, has equalled a goal scoring record held by Ivory Coast and Chelsea legend, Didier Drogba, when he scored Liverpool’s second goal as they beat Villarreal 2-0 in the first leg of their Champions League semi-final match played at the Anfield on Wednesday.

With the goal, the 30-year-old Afcon winner moved level with Drogba with his 14th goal in the Champions League knockout stages. 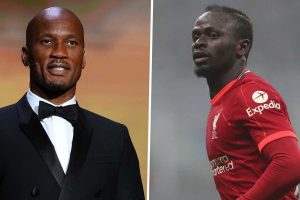 Mane who played only 73 minutes in the match, latched on to fellow African striker Mohamed Salah’s exquisite through ball in the 55th minute and poked past Geronimo Rulli in the Yellow Submarine’s goal to double his side’s lead, edging them closer to May’s final. 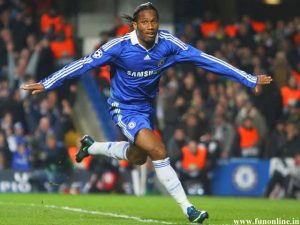 Jurgen Klopp’s men had gone in front after Jordan Henderson’s cross was deflected in off Villarreal defender, Pervis Estupinan, less than two minutes before Mane struck.

The Senegal star matched Drogba’s output with his goal number 14, which is the record for an African player in Champions League history.

Back in 2012, Drogba had won the UCL with Chelsea after bagging a memorable header in the final against Bayern Munich before scoring the winning penalty in the shoot-out.

But Drogba’s achievements could be eclipsed by Mane who is hoping to lift his second European trophy in May. 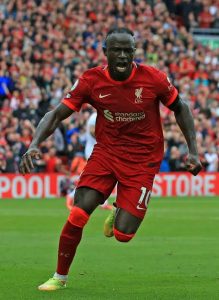 In February, Mane also overtook the Chelsea icon in the Premier League goalscoring charts, becoming the top African goalscorer with his 106th goal and has gone on to notch a further three strikes to take him farther clear of Drogba, who retired in 2018 after a trophy-laden career with Chelsea.

14 – Sadio Mané has tonight netted his 14th goal in the UEFA Champions League knockout stages, equalling Didier Drobga’s record as the African with the most such goals in the competition’s history. Pride. pic.twitter.com/fwVTLoxqbf