This weekend, Africa’s finest foreign football exports will take to the pitch for their respective clubs around Europe and as usual, are expected to show the African spirit.

In England, Liverpool’s trio of Mohammad Salah, Saido Mane and Naby Keita will represent the African contingent when they tackle Manchester City on Saturday in the FA Cup semi final which will rekindle their rivalry a week after their rip-roaring 2-2 draw in the league.

In the EPL proper, Arsenal slayer a week ago, Zambian Enock Mwepu will hope to lead Brighton to a repeat of the 2-1 win against the Gunners when they confront Tottenham.

While in the Serie A, Victor Osimhen, Kalidou Koulibaly and Andre Zambo Anguissa of Napoli will look to bounce back from their shock 3-2 defeat by Fiorentina when they host Jose Mourinho’s Roma, hoping to get back their title chase back on track.

We bring you a preview of African stars when they file out for their clubs this weekend.

The Reds’ African contingent will once again have their hands full when they take on Manchester City with Algerian Riyad Mahrez in tow, for the second time on one week. 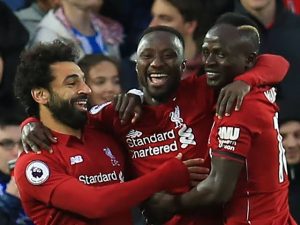 Jurgen Klopp has so much faith in Salah and Mane, but could also rely on Keita to come on at some point against Pep Guardiola’s men.

Having kept Mane and Salah on the bench for the majority of Wednesday’s 3-3 draw with Benfica in the UEFA Champions League, Klopp is likely to start the forwards in Saturday’s Wembley showdown.

After a man of the match performance against top four chasing Arsenal with a goal and assist in Brighton & Hove Albion’s 2-1 shocking win at the Emirates Stadium last week, Enock Mwepu will again hope to start when the Seagulls seek another scalp offTottenham Hotspur, another top four contender. 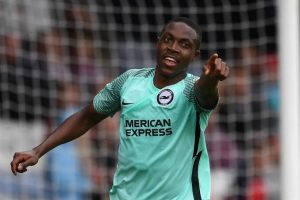 Malian midfield maestro, Yves Bissouma, may likely play a part in this match with Graham Potter’s team looking to throw a spanner in the works of another top-four contender this weekend.

With Thomas Tuchel expected to rotate his squad in Sunday’s FA Cup encounter with Crystal Palace, Ziyech could start at Wembley Stadium against Patrick Vieira’s in-form side.

The Moroccan was the match-winner in last season’s semi-final success against Manchester City, something he will hope to replicate against the Eagles who will have Wilfred Zaha, Eberechi Eze and Michael Olise in their rank.

Having already scored the winner in the second Premier League meeting between both clubs, Ziyech will back himself to flourish as the Blues hope to end the year on a positive note.

The duo of Ademola Lookman and Kelechi Iheanacho are becoming important players for Leicester City as was witnessed in their contributions in City’s 2-1 win over PSV in the Europa Conference League on Thursday.

Lookman who came off the bench to create the assist for City’s winning goal, will be hoping to start against Newcastle United after a strong showing in Eindhoven.

In the absence of the injured Jamie Vardy, Iheanacho will also hope to see his chances of making the starting eleven at St. James’ Park brighter after his strong showing on Thursday.

The trio of Koulibaly, Osimhen and Anguissa will want to banish the ghost of last week’s 3-2 defeat
Napoli suffered in the hands of Fiorentina to get their title dream back on track. 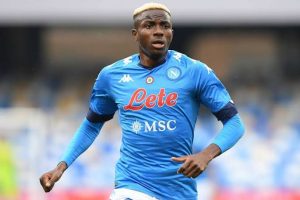 Koulibaly and Osimhen were part of the defeat but Anguissa missed out through suspension, and the two are likely to play from the start when in-form Roma visit on Easter Monday. 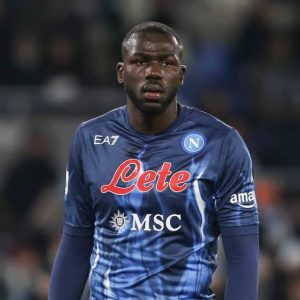 Osimhen will miss out due to an injury he copped towards the end of the match.

The Nigerian forward scored and assisted in the Fiorentina defeat but his efforts were not enough for the Naples outfit as they fell to a fifth defeat at their home.

Chukwueze will be hoping to build on his heroics in Villarreal’s elimination of Bayern Munich on Tuesday, where he scored the crucial goal that took his Spanish side to the UEFA Champions League semi final, as the Yellow Submarines clash with Getafe.

Unai Emery’s men may be perfoming at an high level in Europe but have been off-form in La Liga, claiming only four points from their last 15, leaving them eight points behind Real Sociedad in sixth spot.

Chukwueze will be hoping to notch his sixth goal in La Liga if he can get one past Getafe.