The stage is once again set this weekend for African soccer stars to strut their talents for their various European teams.

The past weekend was a mixed bag of some sort for them but with many of the players living up to expectation, better things should come from the continent’s stars expected to feature for their respective clubs.

In a rare start for Arsenal after almost four months, Egypt midfielder Mohamed Elneny gave a decent account of himself in Arsenal’s 4-2 thrashing of Chelsea at the Stamford Bridge on Wednesday and is in line for another shift as the Gunners welcome Manchester United to the Emirates Stadium on Saturday lunchtime showpiece.

In the French Ligue 1, Achraf Hakimi and Idrissa Gueye are poised to claim the French top-flight title by picking up just a point this weekend when they square up against Lens.

Let’s have a roundup of what to expect from African stars this weekend.

Playing in only his first start since December, Elneny had a decent showing in Arsenal’s 4-2 success at Chelsea, as he helped shore up Arsenal’s midfield in the absence of fellow African, Ghanaian Thomas Partey who is out injured.

Elneny’s previous start came in the 3-2 loss at Manchester United and he could be set to make another start against the same opponents at the Emirates Stadium this weekend. 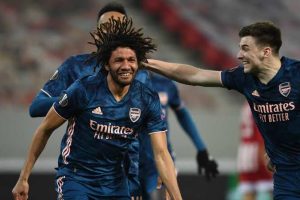 With a top-four spot still up for grabs, the Gunners know the importance of successive victories against sides they are potentially doing battle with for those positions and Mikel Arteta’s side are fired up to pick all three points to move clear of their opponents.

Achraf Hakimi and Idrissa Gueye both featured for Paris Saint-Germain in Wednesday’s 3-0 success over Angers which puts them on the verge of reclaiming the Ligue 1 title with just a point against Lens this weekend.

Hakimi set up Kylian Mbappe’s 28th-minute strike and the dependable defender is expected to start against Lens. 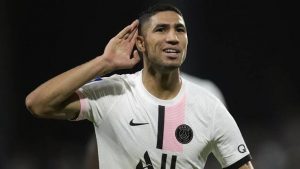 Gueye was a second-half substitute at Stade Raymond Kopa but the battling midfielder could start his 18th league game as PSG look for the point that will guarantee them the title.

Second from bottom Watford have lost four of their last five in the Premier League and they face a daunting trip to league leaders Manchester City looking to pull off one of the season’s shock results, with Sarr and Dennis expected to start. 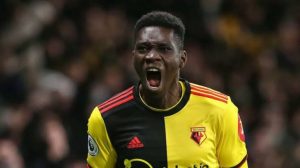 Sarr missed the reverse fixture at Vicarage Road but should be in line to feature at the Etihad Stadium as the Citizens aim for three points to end the gameweek atop the standings. Dennis ended his goal drought in last week’s 2-1 defeat by Brentford and he looks to score in back to back games against Manchester City.

The Super Eagle midfielder completed five Premier League games in succession under Frank Lampard last weekend and is expected to continue in midfield when Everton travel to Liverpool for the 240th Merseyside Derby, hoping to avoid their rivals doing the double over them. Following Burnley’s win over Southampton on Thursday, Lampard’s men are a point ahead of the Clarets and could drop into the bottom three this weekend if they lose at Anfield and the 18th-placed outfit win defeat Wolverhampton Wanderers. 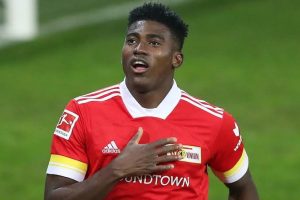 Union Berlin travel to in-form RB Leipzig looking to end the nine-match unbeaten run of the Saxony outfit and if Awoniyi comes to the party, they could come out with at least a point.

The Berlin outfit have won the last three in the Bundesliga and could make it four on the trot against the Europa League semi-finalists.

Wissa has started Brentford’s last two league games since scoring at Chelsea and the forward could be in the starting line up for a third match running when the Bees host top four hopefuls, Tottenham Hotspur.

It could be the attacker’s 10th start for Thomas Frank this season and he would take his tally for the season to six with his next strike.

The 240th meeting between Liverpool and Everton takes place at Anfield this weekend with the Reds resounding favourites to secure maximum points. 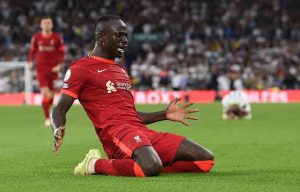 Salah halted his three-game run without a league goal by putting two past Manchester United and while Mane also helped himself with a goal and a sublime assist for one of Salah’s two goals in the 4-0 routing of their opponents.

The pair are likely to feature when they take on the Toffees with the added incentive of securing a first double over their eternal rivals since the 2016/17 season. 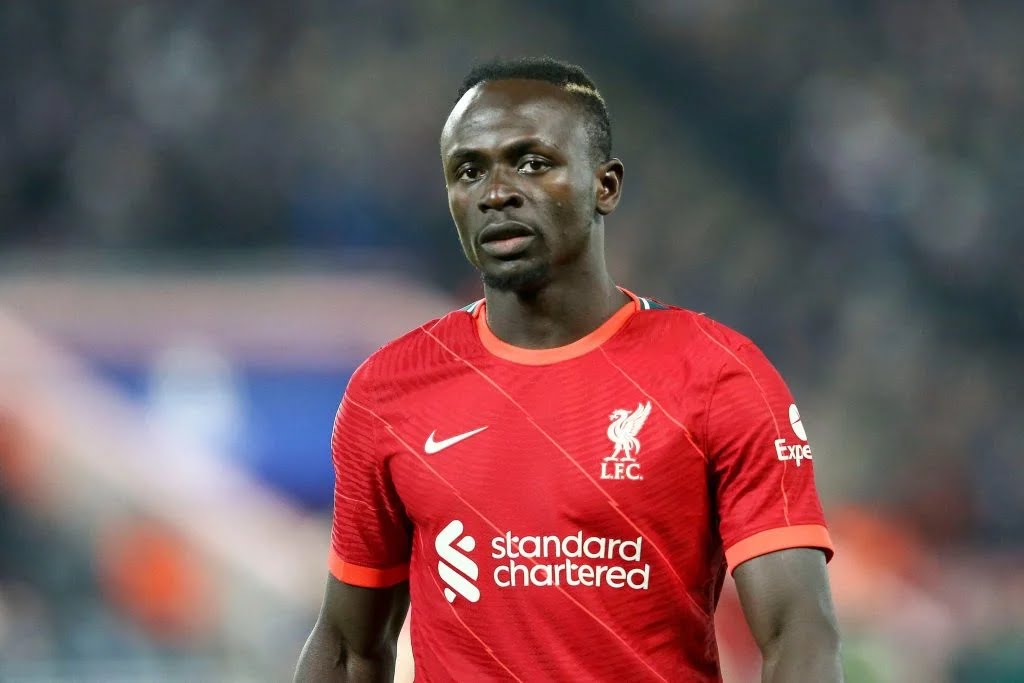 Mane signed a three-year deal with Bayern that will see him remain at the Bundesliga champions until 2025, after six successful years at Liverpool which he joined from Southampton. 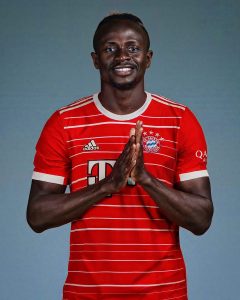 According to world football transfer expert, Fabrizio Romano, the deal will see Bayern pay €32m (£34m) guaranteed fee for Sadio Mané with the contract already signed and valid until June 2025.”

“Liverpool will also receive add-ons, for a maximum of potential €40m total fee package,” Romano wrote on Twitter on Friday.

Mane’s move to Bayern may be the biggest transfer involving an African player in this transfer market but he is certainly not the first ‘authentic’ African star to play for the Munich giants as there have been Africans who wore the Bayern shirt in the past and won trophies for the Bavarians who are unarguably the biggest and most successful club in Germany.

The Bavarians have been a dominant force in the German football landscape, winning leagues and cups consistently over the years and intermittently, and there have been some talented African players who contributed in some ways to the success of the team.

Africa News Watch takes a look at five African footballers who have played and won titles for Bayern Munich.

Former Ghanaian international defender, Samuel Ossei Kuffour stands out as the most successful African star to have played for the Munich giants. 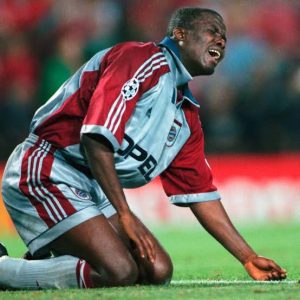 In his time with the Bavarians, Kuffour was a very accomplished defender and played for over 11 years between 1994-2005, featuring 277 times with 10 goals to his name across all competitions.

Fondly called Sammy by fans, the Ghanaian export will never be forgotten for his tears and display of disappointment and agony when Munich famously lost the 1999 UEFA Champions League final in the dying minutes against Manchester United.

His sorrow, however, would turn to joy a couple of years later when he led the Bayern defense to win the 2001 UEFA Champions League trophy and ended his illustrious career with six Bundesliga titles and four DFB-Pokal trophies to his name.

Many football fans did not know that Pablo Thiam, a mercurial defensive midfielder who played for two seasons between 2001 and 2003, was actually an African who played for Guinea. 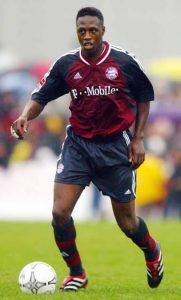 Though Thiam did not have a really spectacular time at Munich inky managing 16 league appearances, he was part of the victorious Bayern squad that won the 2001 UEFA Super Cup and the Intercontinental Cup.

Mehdi Benetia was a highly gifted Moroccan centre-back who was a stalwart in the Bayern defense during his time at the club from 2014 to 2016.

Benatia was a key player during his time at the club and made a total of 46 appearances, scoring three goals from his defensive position during his two-year spell with Munich, winning two Bundesliga titles and a DFB-Pokal cup. 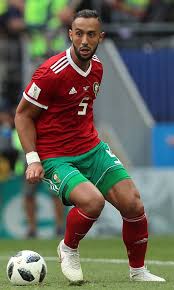 Eric-Maxim Choupo Moting, is a Cameroonian international striker currently on the books of the Bundesliga defending champions.

Eric joined the Bavarians in the summer of 2020 and has so far featured 45 times across all competitions, scoring 17 goals in this period. 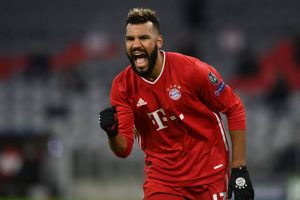 Another African player who has played for the Alianz Arena outfit is Senegalese international, Bouna Sarr, who joined Bayern Munich in 2020 on a four-deal from French side, Olympique Marseille.

However, the 30-year-old Sarr has had to play a bit-part role with the Bavarian side. 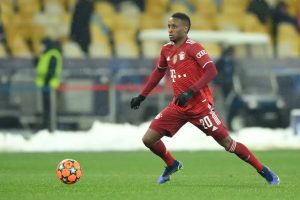 The right-back has so far made 25 total appearances across the two seasons he has spent at the club with a goal to his name and was part of the squad that won the 2020-21 Bundesliga title and 2020 FIFA Club World Cup. 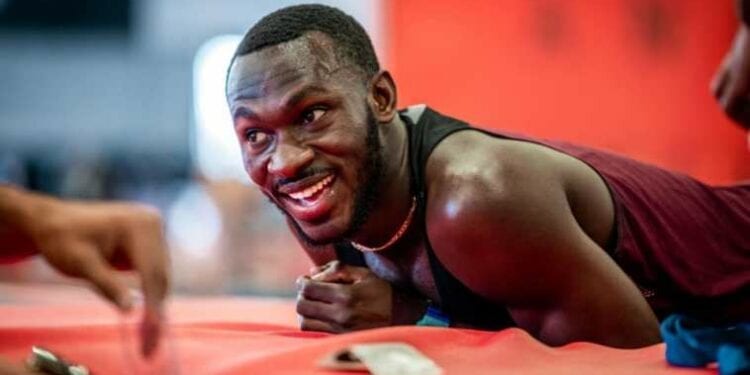 African athletes proved their worth in the Diamon Lafe races over the weekend as Benjamin Azamati finished in pole position in only his second Diamond League Meet in the 100-metre race.

Like Nigeria’s Tobi Amusan who broke the African record in the 100m women’s hurdle after clocking 12.41 seconds during the Paris Diamond League race on Saturday.

Azamati in his only his second-ever appearance at the Diamond League Meet after finishing in the fourth position in Oslo also put Africa on the podium as he clocked clocked a time of 10.25s in the 100 metres race to finish ahead of French duo Fall Mouhamadou and Vicaut Jimmy. 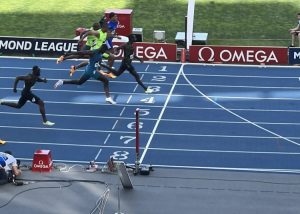 Another, Africa star, compatriot Sean Safo-Antwi placed 6th with a time of 10.45 seconds.