A UK-based startup has developed a geocoding tool that could revolutionise how we find places, from a remote African village dwelling to your tent at a rock festival.

In common with perhaps 15 million South Africans, Eunice Sewaphe does not have a street address. Her two-room house is in a village called Relela, in a verdant, hilly region of the Limpopo province, five hours’ drive north-east of Johannesburg. If you visited Relela, you might be struck by several things the village lacks – modern sanitation, decent roads, reliable electricity – before you were struck by a lack of street names or house numbers.

But living essentially off-map has considerable consequence for people like Eunice. It makes it tough to get a bank account, hard to register to vote, difficult to apply for a job or even receive a letter. For the moment, though, those ongoing concerns are eclipsed by another, larger anxiety. Eunice Sewaphe is nine months pregnant – her first child is due in two days’ time – and she is not quite sure, without an address, how she will get to hospital.

Sitting in the sun with Eunice and her neighbours outside her house, in a yard in which chickens peck in the red dirt, she explained to me, somewhat hesitantly, her current plan for the imminent arrival. The nearest hospital, Van Velden, in the town of Tzaneen, is 40 minutes away by car. When Eunice goes into labour, she will have to somehow get to the main road a couple of miles away in order to find a taxi, for which she and her husband have been saving up a few rand a week.

If there are complications, or if the baby arrives at night, she may need an ambulance. But since no ambulance could find her house without an address, this will again necessitate her getting out to the main road. In the past, women from Relela, in prolonged labour, have had to be taken in wheelbarrows to wait for emergency transport that may or may not come.

The maternal mortality rates in South Africa remain stubbornly high. Of 1.1 million births a year, 34,000 babies die. More than 1,500 women lose their lives each year in childbirth. Those statistics are a fact of life in Relela. Josephina Mohatli is one of Eunice’s neighbours. She explains quietly how she went into labour with her first child prematurely. When she finally managed to get a taxi, she was taken to two local clinics and then a private doctor, none of which were able to help her. When she finally reached the hospital after several desperate hours, her baby had died.

I have come up to Relela with Dr Coenie Louw, who is the regional head of the charity Gateway Health, which is concerned with improving those mortality statistics. Dr Louw, 51, speaks with a gruff Afrikaans accent that belies his evangelist’s optimism to make a change for these women. “Though frankly,” he says, “if I don’t know where you are, I can’t help you.”

Google Maps will only bring help to the edge of the village. “We tried to do something by triangulating between three cell phone towers,” he says, which proved predictably unreliable. Searching for other solutions, Louw came across what3words, the innovative British technology that, among many other things, neatly solves the question of how an ambulance might find Eunice Sewaphe.

Five years ago, the founders of what3words divided the entire surface of the planet into a grid of squares, each one measuring 3 metres by 3 metres. There are 57tn of these squares, and each one of them has been assigned a unique three-word address. My own front door in London has the three-word address “span.brave.tree”.

The front door of Eunice’s house in Relela might be “irrigates.joyful.zipper” (or, in Zulu, “phephani.khuluma.bubhaka”). To test the system, I have driven up here with one of Gateway Health’s drivers, Mandla Maluleke. Maluleke has keyed the three-word code into his phone app, which has dropped a pin on a conventional mapping system. Once we leave the main highway, the GPS immediately signals “unknown road”, but even so, after many twists and turns it takes us precisely to “irrigates.joyful.zipper”, and Eunice’s front door.

The what3words technology was the idea of Chris Sheldrick, a native of rural Hertfordshire (who knows what it is like to stand out in a country lane flagging down delivery drivers armed only with a postcode). Like all the best ideas he developed this one to cope with a specific problem that had maddened him. Sheldrick, 35, had started life as a musician, and then after a sleepwalking accident, which damaged his wrist, he set up a business organising musicians and production for festivals and parties around the world.

Despite the advent of Google Maps, the problem that dogged his business was bands turning up at the wrong site entrance. Sheldrick employed a person whose sole duty was to man a phone line trying to get a band to the right field. Having given up on conventional satnav they tried using GPS co-ordinates, but get one figure wrong, and the party never got started.

Sheldrick thought that there had to be a better way. Looking back now, he says that “the key thing we were trying to solve with what3words was how do we get 15 digits of latitude and longitude into a more communicable human form”. Advances in satellite mapping and navigation meant that if you were a Deliveroo rider or an Amazon courier or a last-minute saxophonist you were never really lost, but also often not exactly in the right place.

Companies like Google and TomTom recognised this problem, but the solution they developed was an alphanumeric code of nine characters. For Sheldrick that was clearly a nonstarter: “When someone asked where you lived, it would be like trying to remember your wifi router password.” That’s when this idea of three words came up. A bit of maths proved it was possible. “With 40,000 recognisable dictionary words, you have 64tn combinations, and there are 57tn squares.”

The algorithm behind what3words took six months to write.

Sheldrick worked on it with two friends he had grown up with. Mohan Ganesalingham, a maths fellow at Trinity College, Cambridge, and Jack Waley-Cohen, a full-time quiz obsessive and question-setter for Only Connect. After the initial mapping was complete, they incorporated an error-correction algorithm, which places similar-sounding combinations a very long way apart. And then there was the question of language: using a team of linguists, what3words is now available in a couple of dozen tongues, from Arabic to Zulu.

It has also grown from a company of three to now around 70 full-time employees after two multimillion-dollar rounds of venture capital.

The challenge now is educating the world in their system. “We obviously aim to be a global standard,” Sheldrick says. To that end they have recently signed licensing agreements with companies including Mercedes, which will utilise the system in its A-class cars, including using voice activation, and TomTom, which will incorporate three-word commands in its navigation platforms.

The technology also offers an off-the-shelf solution to the many countries that lack any kind of universal address system. Ten governments and their postal services – including Mongolia, Nigeria, Ivory Coast and Tuvalu – have signed up to the idea. 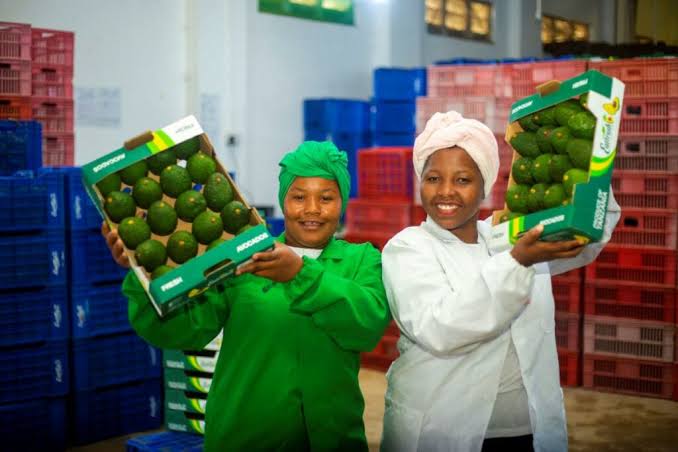 The Mastercard Foundation Africa Growth Fund (MFAGF), has announced the launching of a $200 million funding initiative for female-centric Small and Medium Enterprises (SMEs) in Africa.

The MFAGF, in a statement on Thursday, said the funding scheme will work through African investment vehicles to support early-stage, growth-oriented SMEs on the continent, and beside providing capital for investment vehicles, “The Fund of Funds” will offer a business development facility for its portfolio companies.

The initiative, it said, will use gender lens investing principles to help advance the Mastercard Foundation’s Young Africa Works strategy, which aims to enable 30 million young people in Africa, particularly young women, to access dignified and fulfilling work by 2030.

“The program has so far identified two investment vehicles, one in East Africa and another in West Africa to help in supporting entrepreneurial growth,” the MFAGF said.

“The Fund of Funds is catalytic, helping to bring in additional capital for African entrepreneurs, particularly female entrepreneurs. It strengthens and de-risks African investment funds committed to advancing gender equity in entrepreneurship.

“Mastercard has a vision of enabling 30 million young people in Africa to access dignified and fulfilling work by 2030. Eligible enterprises are those owned and led by African entrepreneurs and located on the African continent are often considered high-risk,” it added. 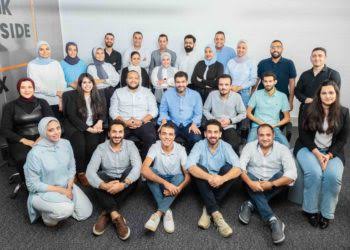 Founded in 2009, 4Di Capital principal partner, Justin Stanford, said the outfit has since then played a key role in uplifting startups across different parts of the continent with the startups reaping from its hands-on experience and approach in growing and scaling new businesses in Africa.

“Having spent the past 13 years refining our investment strategy and expanding our footprint past South Africa into the East African market and beyond, we look forward to collaborating hand-in-hand with our new partners,” Stanford said in a statement on Wednesday while announcing the funding.

The new fund which was created in partnership with DotEXe Ventures in Mauritius, Stanford said, will help 4Di Capital invest in more viable startups in Africa.

“Unlike other markets globally which have become saturated, the African market still represents an opportunity for investors.