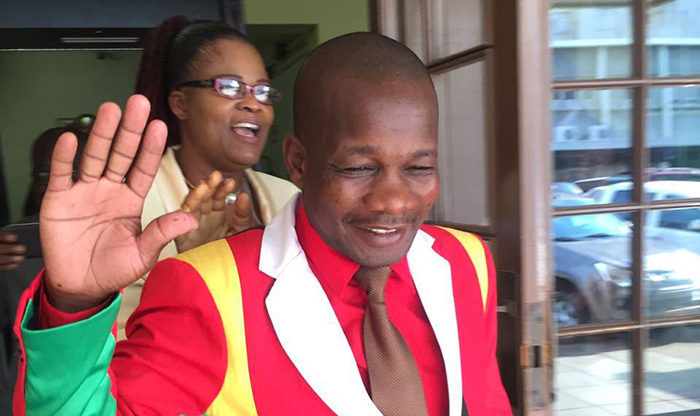 On Saturday, a Zimbabwean opposition member of parliament, Costa Machingauta was arrested on the outskirts of Harare with 24 others while holding a party meeting.

The party, Citizens Coalition for Change (CCC) said confirmed that Riot police stormed the home of the politician who was allegedly molested by his wife and their 17-year-old daughter was beaten by police at their home in the suburb of Budiriro, south of Harare.

According to the spokesperson of the Police, Paul Nyathi, the meeting was unauthorized and those arrested would be charged with breaching public order.

“We confirm the arrest of the CCC activists. They were attending an unauthorized meeting,” Nyathi told newsmen.

Nyathi did not comment on the accusations of beating the MP and his family but assured that more details on the operation would be provided on Sunday.

A large number of police officers laid siege to Machingauta’s house on Saturday before violently breaking up the meeting, Mahere said, adding that another influential CCC member of parliament, Amos Chibaya, was arrested.

“Armed police officers beat up Machingauta’s wife and daughter and set up a roadblock to his home… We want elections, not war,” she said.

She maintained that the rules governing public order do not apply to such a private meeting.

We want elections, not war,” she said.

There has been growing discontent in the South African country, whose president, Emmerson Mnangagwa, succeeded Robert Mugabe in 2017 following a military-backed coup.

The government recently approved a proposed law that will punish ‘unpatriotic” citizens who criticises the government in what opposition figures.