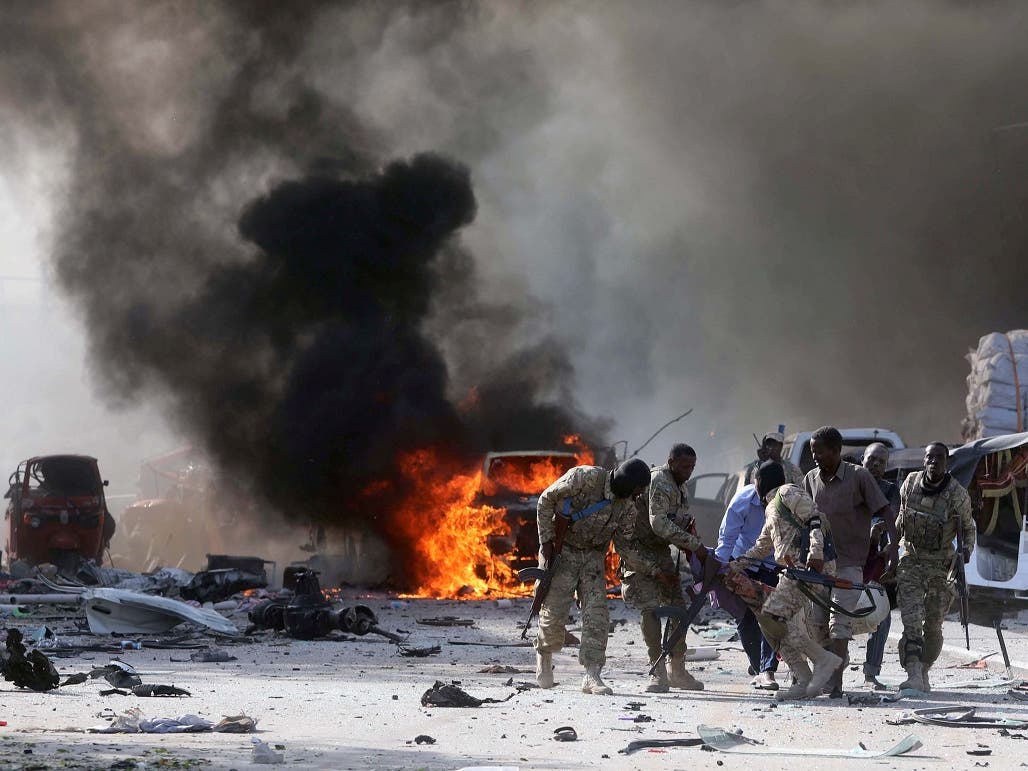 Five people have been killed with 16 injured, some critically, after fighters of the al-Shabaab militant group attacked the office of the Mayor of Mogadishu, the Somali capital on Sunday.

The attack on the Banadir Regional Administration headquarters in Mogadishu, according to a statement by a regional government official, was carried out by a blast and several rounds of gunfire which lasted for several hours.

Abdulkadir Adan, the founder of the Aamin Ambulance Service
which coordinated a rescue operation, told journalists that his team collected at least 16 wounded people from the scene of the attack.

“So far, we haven’t yet collected any dead people, although the gunshots are still ongoing,” Adan said.

“Terrorists blasted a vehicle loaded with explosives onto a perimeter wall of the Mogadishu mall which is next to the Banadir administration headquarters,” a senior police officer, Abdullahi Mohamed, also told journalists.

“Security forces immediately put the area under lockdown but an exchange of gunfire between the army and the assailants was ongoing,” he added.

Farah Abdullahi who works in the mayor’s office, said staff had already resumed work for the day when the attack occurred.

“We were in the office and we were deafened by a blast, we ran out, gunfire followed,” he said.

The al-Shabab extremist group has already claimed responsibility for the assault in a statement on its Telegram channel.