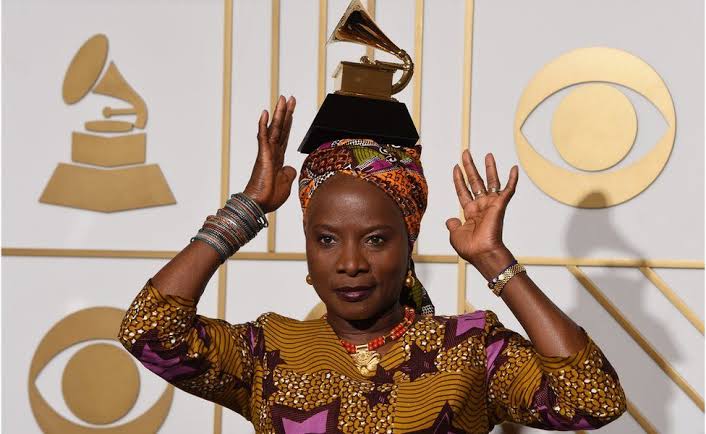 African music legend and multiple Grammy Award winner, Angélique Kidjo, has confirmed that she is actually from Nigeria despite being born and raised in Benin Republic, which made many to believe she is from the tiny West African country.

The music icon who made the revelation on Thursday in an interview with a radio station in Lagos. said her mother revealed to her that she is a Nigerian from Iseyin, a town in Oyo State in western Nigeria.

The 61-year-old Kidjo revealed that though she was born in Benin Republic, her mother told her she is originally from Nigeria and that she has lots of relatives in Nigeria even though she doesn’t visit them often.

“My Mum told me that I am from Iseyin in Oyo State, Nigeria, because when my grandfather’s great great great great father came back from Brazil, they found their roots in Iseyin,” she said.

“From my mother’s side, we have always been from Nigeria. So we have families in Abeokuta, Ibadan, Lagos, everywhere. I have cousins I haven’t seen a million years that I miss a lot, ” she added.

Also speaking about her music, Kidjo said she was not only interested in singing about the beauty of the African continent, but also in demonstrating the joy that Africans exude.

“It’s just that I love to sing. I love to bring Africa to the world. The beauty of Africa, not the music that people are very content about seeing and talking about.”

“Africa is not about that because I grew up in a country that is poor, but people were very happy.”