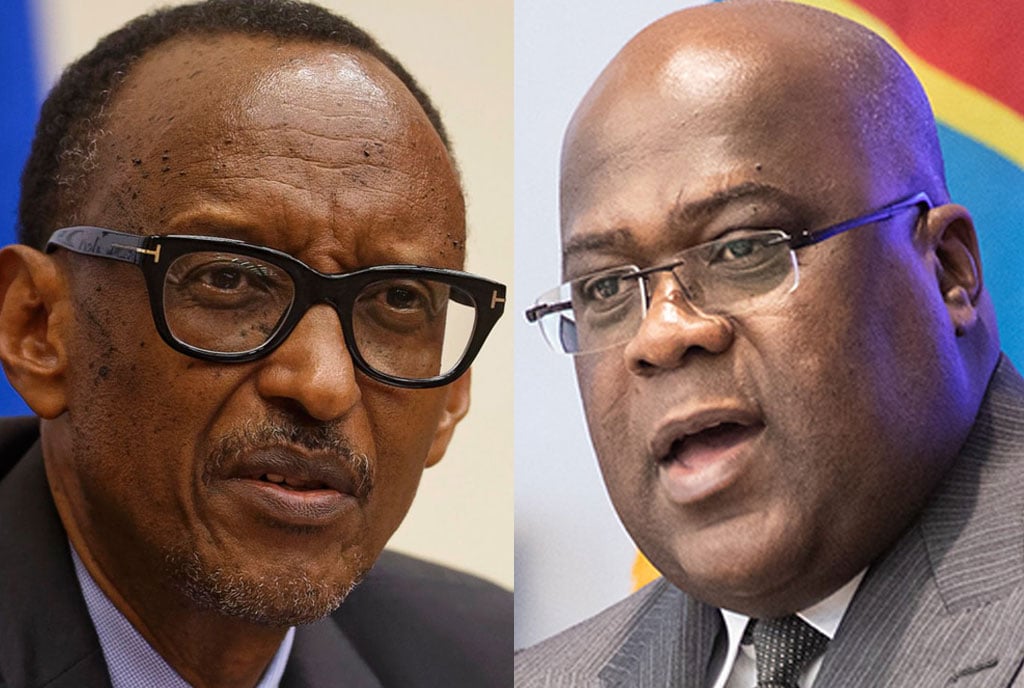 The back and forth between Rwanda and the Democratic Republic of Congo as the Rwandan President Paul Kagame has accused his counterpart, Felix Tshisekedi of tactically delaying elections.

President Kagame in a state address said Tshisekedi is exploiting a violent crisis in eastern Congo to delay elections.

“The whole world” blamed Rwanda for the crisis, but that it was Felix Tshisekedi who was seeking to profit from the violence ahead of the presidential election scheduled for 20 December 2023.

“This problem can be solved if a country that is heading for elections next year does not try to create the conditions for an emergency situation so that the elections do not take place,” Kagame said at a swearing-in ceremony for new cabinet members.

“If he is trying to find another way to postpone the next elections, then I would prefer that he uses other excuses, and not us,” Kagame said.

Congo DR’s electoral authorities in the Commission Electorale Nationale Independente (CENI) have announced dates for the next presidential election for December 20th next year.

Terrorist activities, largely by a rebel group, M23 have drawn reactions from stakeholders in the East Africa region and global observers.

One of the mediators, Uhuru Kenyatta, the former Kenyan president overseeing the talks, said foreign rebel groups operating on Congolese soil “should leave” or face DRC and East African troops.

According to CENI, insecurity remains the main challenge for the next elections.