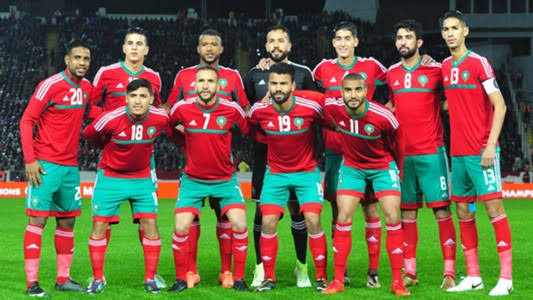 Defending champions, Morocco, has threatened to pull out of the upcoming African Nations Championship scheduled to hold in Algeria from January 13 to February 4, 2023, over diplomatic rows between the two neighbours.

The Moroccan Football Federation in a statement on Friday, said they will boycott the tournament unless they are allowed to fly directly from the country’s capital, Rabat, to Constantine, where their group stage games will be played, insisting the Atlas Lions must be allowed to use its Air Maroc and be granted authority to land in Algeria.

The North African neighbours had severed diplomatic ties in 2021 with Algeria closing its airspace, but the Morocco FA has insisted that its team will only partake in the tournament for African-based players if they are allowed to fly in directly.

“Contrary to the information conveyed during the past 24 hours, we have requested that the plane which will transport the national team on January 10 be authorised to land at the airport of Constantine, host city of the matches of the national team,” Morocco FA boss Fouzi Lekjaa said in the statement.

“And of course, the official carrier for all national teams is Royal Air Maroc,” he added.

Lekjaa explained that the federation had sent correspondence to CAF to get Algeria to enforce the specification, in particular the aspect concerning the reception of the participating teams.

CAF has also notified the Algerian authorities of Morocco’s request and a correspondence has been opened between the two, Lekjaa said.

“The Minister of Youth and Sports, Abderezak Sebgag, told us that Algeria has received a request from CAF regarding the decision of the Moroccan Federation which requests a direct flight to Constantine.

“The response from the Algerian authorities will be given in the next 24 hours,” he added.