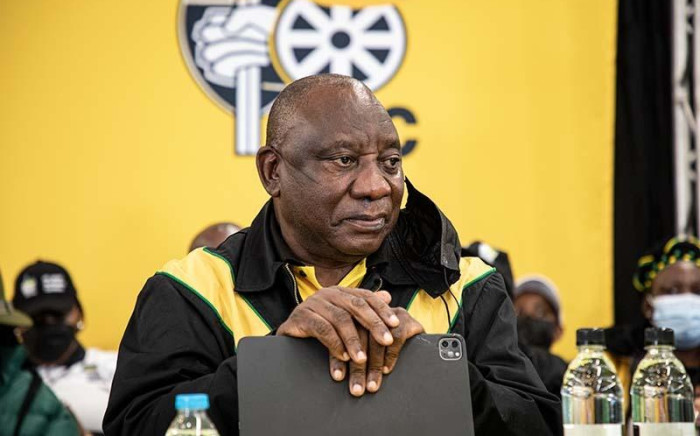 Demonstrations have continued to trail South Africa’s president Cyril Ramaphosa’s “Farmgate scandal” as his party conference was disrupted by protesters.

President Ramaphosa’s speech at the African National Congress (ANC) conference on Friday with a barrage of raucous songs and slogans calling for the president’s resignation over a scandal about a stash of cash found at his farm.

Outside the meeting hall in Johannesburg, Ramaphosa’s opponents sang: “Out, Ramaphosa, out!”

“This is not the time to display this type of disorderly behaviour,” Ramaphosa said. “This does not bode well for the ANC.”

Ramaphosa recently escaped impeachment amidst the “Farmgate” scandal and is expected to win reelection as leader of his party this weekend.

In his speech at the party conference, Ramaphosa pledged to end what he called “extensive corruption, fraud, and malfeasance within government departments, state-owned enterprises (and) … law enforcement agencies,” prompting cheers, but also some jeers.

Ramaphosa called “upon all of us as delegates to this conference to pursue with greater vigour the rebuilding and renewal of the ANC and as a united movement, to advance the fundamental transformation of our economy.”

One of the rivals is ex-health minister Zweli Mkhize, whom Ramaphosa removed from cabinet in June last year over allegations of corruption concerning COVID-19-related contracts to a communications company controlled by former associates.