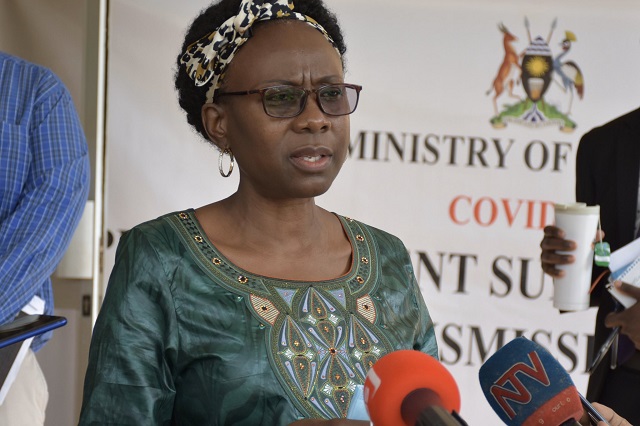 Ugandan health ministry officials have revealed that the country has recorded a drop in the number of new Ebola cases, lately.

The officials revealed that some districts have not recorded new cases of the infection for at least two weeks.

Health Minister Jane Ruth Aceng said on the local NTV news service late on Wednesday, citing the absence of new cases in the two districts over many days. “We are seeing a downward trend in the number of cases,” Ruth Aceng said

“We are also not seeing new cases in Kampala, in the greater Kampala metropolitan area, neither are we seeing cases in Masaka and Jinja,” two other cities, she said.

The spokesperson of the Health Ministry, Emmanuel Ainebyoona told journalists on Thursday that Mubende had gone for at least 16 days without a new case and that Kampala, the capital, had not recorded new infections for at least two weeks.

Ebola is an infectious and frequently fatal disease marked by fever and severe internal bleeding, spread through contact with infected body fluids by a filovirus (Ebola virus) whose normal host species is unknown.

Uganda became the regional epicenter of Ebola. A situation that has forced border policies by some of its neighbours.