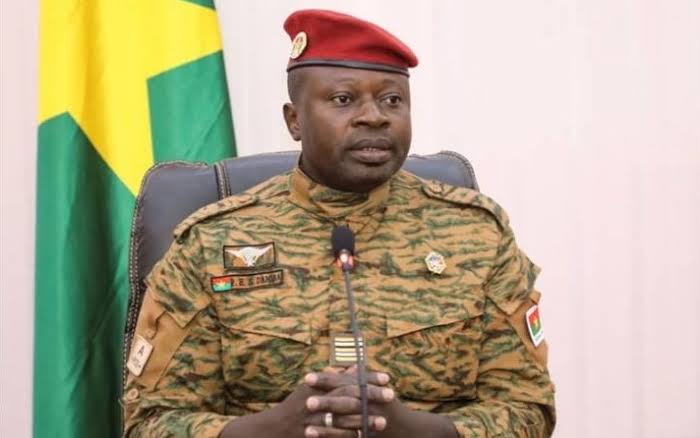 Ousted Burkina Faso military junta leader, Lt. Col. Paul-Henri Sandaogo Damiba, has offered to resign in what his spokesman said is to “avoid confrontations with serious human and material consequences.”

Damiba who was overthrown on Friday in a coup led by Captain Ibrahim Traore and a group of junior military officers, agreed to step down on Sunday evening after two days of stand off, and has reportedly fled the country to neighbouring Togo despite assurances by Traore that he would not be prosecuted.

The coup was the second in one year after Damiba himself had led a putsch in January where he overthrew former President Roch Marc Christian Kabore.

The agreement was reached following mediation by influential religious and community leaders who held talks between Damiba and Traore aimed at resolving the crisis.

Spokesman for the mediation team, Hamidou Yameogo, said the team was able to convince Damiba to step down for the good of the nation.

Yameogo said during the mediation talks, Damiba himself laid down seven conditions for stepping down, which included “a guarantee of security for his allies in the military, a guarantee of his security and rights, and assurances that those taking power will respect the pledge he gave to West Africa’s regional bloc for a return to civilian rule within two years,” before agreeing to leave the country for Togo.

In a statement broadcast on state television on Sundaynight, new military spokesman, Captain Kiswendsida Farouk Azaria Sorgho, said Traore has been officially named head of state after he accepted the conditions given by Damiba, calling on “the population to exercise calm, restraint and prayer.”

The statement said Traore would remain in charge “until the swearing-in of the president of Burkina Faso designated by the nation’s active forces” at an unspecified date.