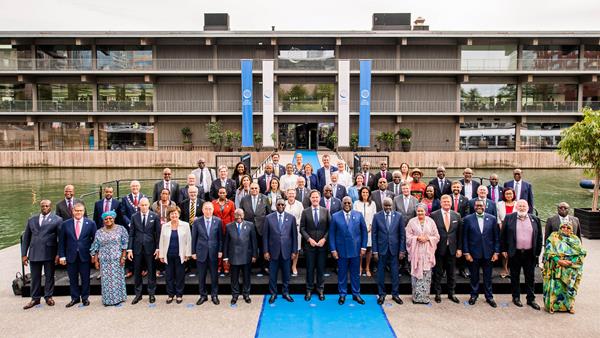 With the growing concern of the world about climate change, African heads of state and top figures from global organizations met in Rotterdam on Monday to address climate change financing in Africa.

According to officials, developed countries at the summit announced to commit about $25 billion by 2025 to boost Africa’s efforts to adapt to climate change as the continent continues to struggle with drought, cyclones, and extreme heat.

Although Africa emits just 3% to 4% of emissions despite being home to nearly 17% of the world’s population experts say it is particularly vulnerable to climate change as it is less able to adapt.

Notable speakers at the summit are of the opinion that the upcoming COP27 in Egypt was a perfect place for the issues to be nailed down.

The COP is the supreme decision-making body of the UN Convention. All States that are Parties to the Convention are represented at the COP, at which they review the implementation of the Convention.

“I think it is entirely possible for the key players to come together behind this for COP27,” said Chair of the Global Center on Adaptation Ban Ki-moon.

Patrick Verkooijen, CEO of the Global Center on Adaptation, in his view, noted that the world “… must double down on climate finance adaptation for Africa at COP27. Double down, it was promised in Glasgow. It has to be delivered two months from now.”