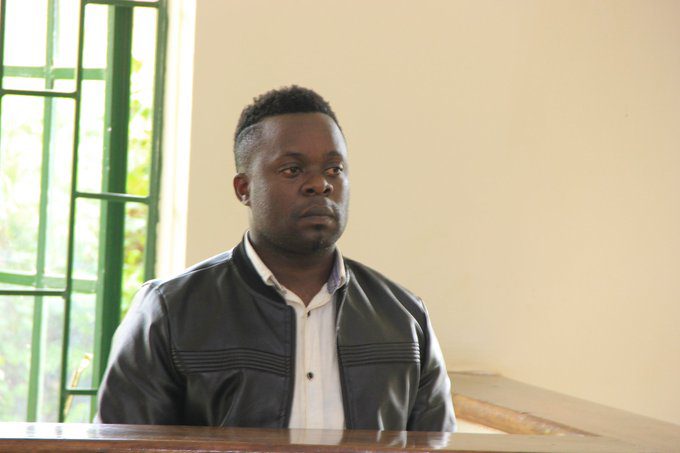 A controversial man of God in Uganda, Prophet Kintu Dennis who once compared himself to Jesus Christ, has been arrested and charged for flogging members of his congregation during a church programme.

The self-styled prophet who is the founder and General Overseer of Hoima Empowerment Church International, who was seen in viral video whipping members of his church during the session, has been charged with assault, common assault and trafficking in persons.

A police statement on Sunday explained that the 42-year-old Dennis was arrested along with four other members of the church following complaints about the demeaning video.

In the video, the Prophet is seen ordering church officials to go to the front of the church to be whipped or stop attending prayers and lose the privilege of handling his microphone.

All the while, the congregation watched one by one as the ushers received their beating and soft piano music played in the background.

According to the police, during interrogation, Dennis told the investigators that he was only carrying out a demonstration of how Jesus treated those he found selling goods in a church.

He will be in detention till Wednesday, September 7, when he will be charged to a court, the police statement said.