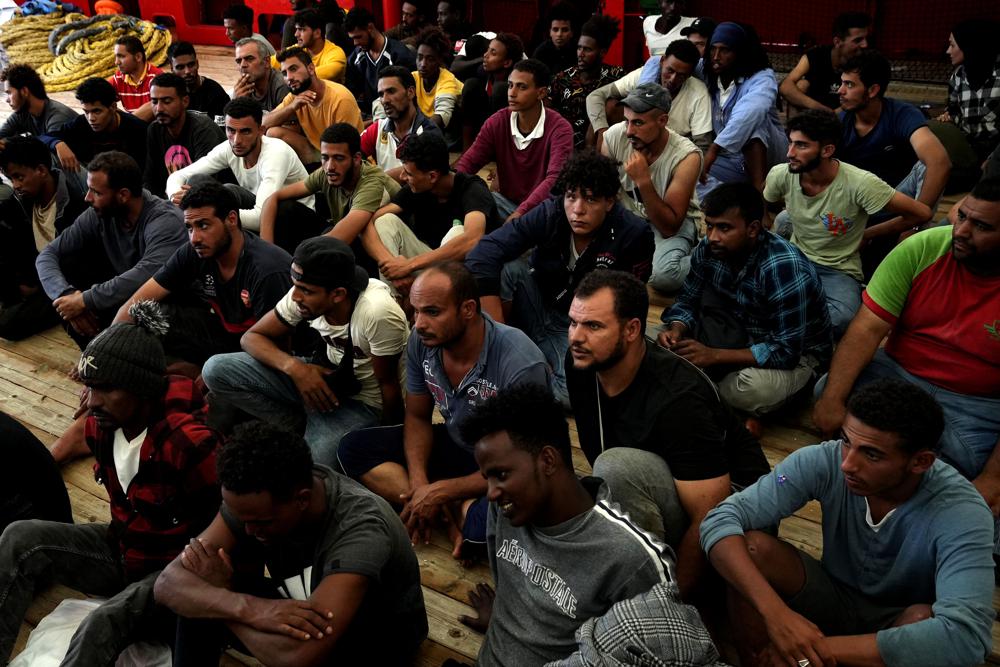 The organisation officials, in a statement on Monday, said the migrants were travelling in “unseaworthy smugglers’ boats,” adding that it also recovered the corpse of a man who had been shot by the smugglers.

The rescue ship, Open Arms Uno, remains at sea and is seeking a safe port for the rescued people, with many of them including young children and women, needing medical attention and many who are suffering from dehydration, the charity’s spokeswoman, Laura Lanuza, said.

She said the ship had made at least two requests for a safe port in Malta with no favourable response thus far.

“In all, the ship performed three rescues in 24 hours. In the largest rescue, the Open Arms picked up 294 people, mostly Egyptians, from an overcrowded barge in waters south of Malta in an nighttime operation that spanned nearly five hours before dawn Sunday. Those rescued said they had been at sea for four days.

“The packed boat had been spotted by volunteer pilots combing the Mediterranean for people in distress, and a photo showed its decks packed with people waving for help.

“Before that, the Open Arms rescued 59 migrants from Syria, Egypt, Sudan and Eritrea, among them 10 minors, from an oil platform they had reached in international waters near Tunisia.

“The smugglers forced the people to take the corpse with them. They spent a day or so at sea, and kept the corpse until they were saved,” Lanuza said in the statement.