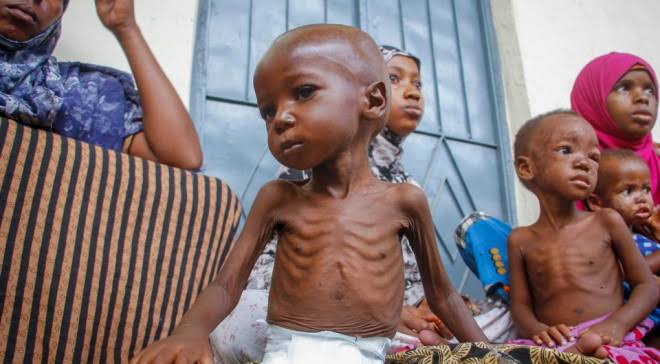 The United Nations Children and Education Fund (UNICEF), on Wednesday, said over 700 Somalian children have died in nutrition centres across country from malnutrition and starvation.

The agency’s alarm came shortly after it warned of the country slipping into famine in the coming months due to drought.

The beleaguered Horn of Africa country is facing a fifth consecutive failed rainy season with the hunger-induced drought leading into an unprecedented drought and starvation which has so far claimed over 200,000 lives, most of them children.

In a statement addressed to the United Nations on Wednesday by UNICEF’s representative in Somalia, Wafaa Saeed, the agency said if nothing is done fast enough, more children are likely to die.

“Some 730 children have been reported to have died in food and nutrition centres across the country between January and July this year but the numbers could be more as many deaths go unreported,” Saeed said.

He further explained that the centres which were opened for children with severe acute malnutrition as well as other complications such as measles, cholera or malaria, are ill-equipped and are considered just a snapshot of the situation across the country.

UNICEF’s spokesman in Somalia, Victor Chinyama, who coborated Saeed’s claims, said many children died while being transported to the centres.

“We don’t know the full picture. I have met many, many families whose children have died along the way to centres,” Chinyama said.