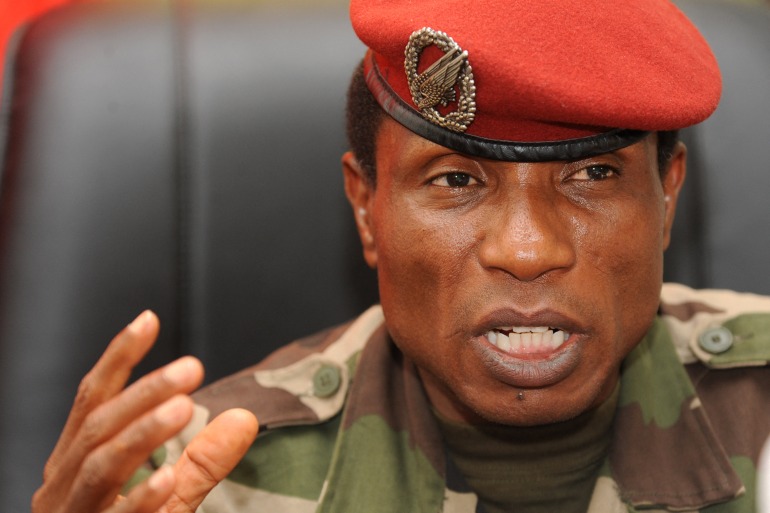 Former Guinean military dictator, Moussa Dadis Camara, alongside 10 other top officials of his government, are to face trial for a 2009 stadium massacre and mass rape pertrated by the country’s security forces where over 150 people were killed.

The trial which was scheduled to begin on Wednesday after prolonged investigations and repeated delays by the previous government, was given the all clear by the incumbent military government which gave an order that the trial should start no later than September 28, the anniversary of the mass killing.

Camara and the men were indicted by a United Nations-mandated international commission of inquiry for their responsibility in the killing of the victims and the rape of more than 100 women in the stadium in the capital Conakry.

The incident happened on September 28, 2009, when thousands of pro-democracy demonstrators held a protest in the stadium to pressure Camara not to stand for election as president of Guinea the following year after coming to power through a military coup in 2008.

According to a report in the media then, “the tens of thousands of opposition supporters and civil society had no idea of the terror waiting for them that day. m

“Survivors speak of horrific massacre with some victims shot at close range. Women and girls trapped by the shootings were beaten and raped by security forces.”

Over the years, survivors have continued to report how the then Presidential Guard’s Red Berets, police officers and militiamen entered the stadium around noon, cordoned off the exits and opened fire indiscriminately on the crowd.

“Unarmed civilians were attacked with knives, machetes and bayonets, leaving the stands, corridors and grass strewn with the dead and dying. Others were trampled to death in the panic,” a survivor, Asmaou Diallo, who was at the protest, told journalists.

Though Camara has denied responsibility for the incident, blaming it on errant soldiers, including his former aide-de-camp Lieutenant Aboubacar Toumba Diakite, who is also among those indicted, international investigators found that the abuses could qualify as crimes against humanity, noting the brutality went on for several days against sequestered women and male detainees who were tortured.