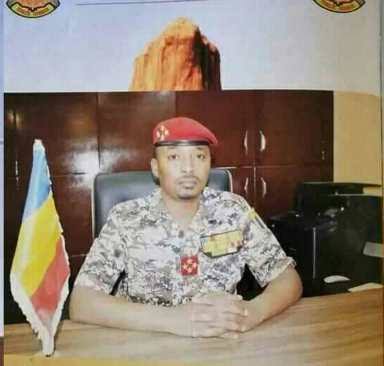 The release of Erdimi on Thursday on the recommendation of the Presidential Pardon Committee set up by al-Sisi, is coming on the heels of a pre-negotiation parley held in Doha by the Qatari Emirate with Chad’s envoys and more than 300 rebel groups.

Erdimi, the twin brother of another top rebel leader and leader of the Union of Resistance Forces (UFR) Timan Erdimi, was in Egyptian prison for several months after he was arrested last year.

The release of the rebel leader from prison was one of the key conditions for the UFR joining a national dialogue in N’Djamena between civil society, opposition parties, trade unions, rebel groups and the military government of Mahamat Idriss Deby.

The deal was reached in August after a deadlock and many rebel groups pulling out of talks over the perceived insincerity of N’djamena, including Chad’s main rebel group, The Front for Change and Concord in Chad (FACT).

The Erdimi brothers who are nephews of former Chadian President Idriss Deby who was killed during a military operation in 2021, were key government figures in the 1990s when their uncle was in power.

While Tom Erdimi was a director of Deby’s cabinet in 1991, and in charge of certain oil-related activities in the central African state, Timan was a ‘shadow’ minister in the cabinet as well.

But in 2005, the twin brothers rebelled against Deby and launched several offensives aimed at overthrowing the government, including one that earned them a death sentence in absentia while they were in exile overseas.

Timan himself who had been living in exile in Qatar in the last decade, returned to the West African country last month to be part of the dialogue called by their cousin, Mahamat Deby, who took over power after the death of his father.