The just ended European football transfer window saw quite a number of African players changing clubs, some within the same league while others moved to other league within the European continent to seek greener pastures.

The biggest of such transfers were made by Senegal star, Sadio Mane who moved from Liverpool to Bayern Munich for £35 million. 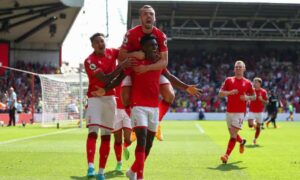 Nigerian forward, Taiwo Awoniyi made the move from Union Berlin of Germany to newly promoted Nottingham Forest in the EPL for a club record fee of £19 million, while Senegal captain, Kalidou Koulibaly moved from Napoli to Chelsea for a fee in the region of £33 million.

Africannewswatch brings you all the top transfers involving African players in the concluded window. 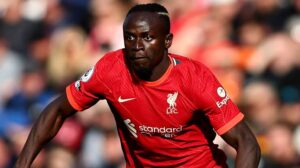 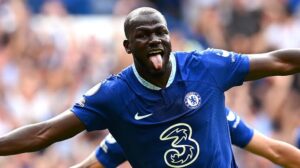 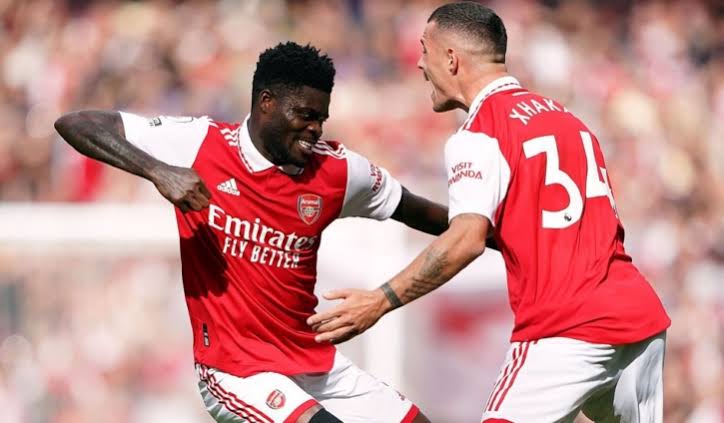 With the return of football after the international break, African stars plying their trade in Europe returned to action for their clubs with bags of mixed results.

Some picked up where they stopped and gave man of the match performances while others could not live up to their high expectations.

Arsenal’s Ghanaian midfielder, Thomas Partey stood out of the bunch when the Gunners took on North London rivals, Tottenham Hotspur where he scored a beautiful screamer to put the league leaders ahead. 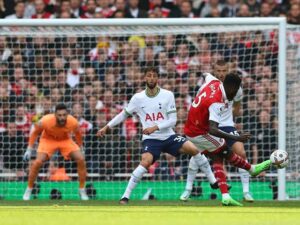 Nigerian star, Alex Iwobi once again, showed Everton fans that his season is no flash in the pan as he was instrumental to Frank Lampard’s men coming back from one goal down to defeat Southampton 2-1.

Apart from action in the EPL, African players were also in action in top European leagues like the Bundesliga, La Liga, Serie A, Dutch Eredivisie, and the Ligue 1.

Ghana international, Thomas Partey was the cynosure of all eyes when he returned to action at the Emirates Stadium as Arsenal took on their eternal rivals, Tottenham, in a North London derby on Saturday which saw the Gunners thrash the Whites 3-1.

The 29-year-old was on hand to give the Gunners the lead when he curled home an effort from 25 yards which whizzed past Hugo Lloris to nestle in the top corner.

Interestingly, Arsenal have won every match Partey has featured in this season and his injury-induced absence was felt as Arsenal suffered their only defeat of the season, a 3-1 against Manchester United.

Nigerian midfield star, Alex Iwobi picked up where he stopped before the international break when he put up another man of the match performance as Everton ran out deserved 2-1 winners away to Southampton.

The Arsenal youth product who scored against Algeria in an international friendly, had his third assist of the season as he had a hand in Everton’s winning the goal scored by Dwight McNeil.

Sadio Mané ended his goal drought for Bayern Munich in the 4-0 drubbing of Bayer Leverkusen at the Allianz Arena on Saturday, after going over six matches without a goal.

The Teranga Lion’s vice captain grabbed the third goal, his fourth in the league, in the one sided match after Leroy Sane and Jamel Musiala had put the Bavarians in front. New Ghana international, Inaki Williams who made his international debut against Brazil during the international break, returned to his club with a goal and an assist Athletic Bilbao defeated UD Almeria 4-0 in a La Liga match on Saturday.

The 28-year-old former Spain youth international celebrated his international call up with the opening goal for Bilbao after he was set up by his brother, Nico Williams, who also set up Oihan Sancet to double Bilbao’s lead.

Inaki then turned provider with a clever assist to brother Nico, who scored the third.

In the Italian Serie A, Nigerian winger, Ademola Lookman was the hero for Atalanta as the pipped Fiorentina 1-0 on m Sunday.

The Nigerian international returned to action after the Algerian friendlies and got the only goal on the hour mark at the Gewiss Stadium, beating Fiorentina goalkeeper Pietro Terracciano with a simple tap in off an assist by Luis Muriel. The goal was Lookman’s second Serie A goal of the 2022-23 campaign.

The duo of Taiwo Awoniyi and Emmanuel Dennis were at the receiving end when Nottingham Forest suffered a 4-0 humiliation at the hands of Leicester City who grounded out their first EPL win of the season on Monday.

While Awoniyi was on from the start and hit the woodwork in the first half, Dennis was a second half substitute but even his presence could not change The Reds fortunes as they suffered their fifth straight defeat.

Ghana international, Mohammed Kudus could not replicate the form that saw him scoring in three straight Eredivisie matches, as he failed to extend that run of as Go Ahead Eagles held Ajax to a surprise 1-1 draw at home at the Johan Cruyff Arena on Saturday.

Kudus who started from the bench, was brought on by coach Alfred Schreuder for Ghana-eligible Brian Brobbey with seven minutes left on the clock and could not find the target. Prior to the fixture, he had scored against Cambuur in a 4-0 win, Heerenveen in the 5-0 victory and the 2-1 defeat against AZ Alkmaar. In between the league matches, he was on target against Rangers and Liverpool in the Champions League.

Nigerian winger, Samuel Chukwueze was quite disappointing as Villarreal were held to a 0-0 draw by Cardiz at the Nuevo Mirandilla Stadium where his La Liga goal drought in the 2022-23 La Liga campaign continued.

Chukwueze who was left in the bench for 83 minutes was brought on for his seventh league match of the season as a replacement for Nicolas Jackson, but he put every foot wrong and could not add any impact for the Yellow Submarines . 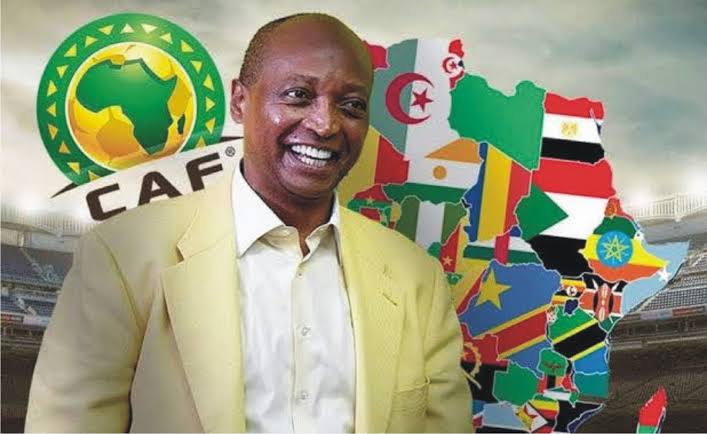 Troubled West African country, Guinea, has been stripped of the 2025 African Nations Cup (AFCON) hosting rights by the Confederation of African Football (CAF), over insecurity fears and the country’s inability to assure the football governing body it can upgrade its facilities in time for the tournament.

CAF President Patrice Motsepe, who made the announcement on Saturday after a visit to Conakry where he held meetings with military leader, Colonel Mamady Doumbouya, said the decision to take away the hosting rights from Guinea was taken way back in July.

Motsepe also said CAF will call for fresh bids because “Guinea will not be ready to host the event in 2025”, with the assurance that a “fair and consistent” process in the race to replace Guinea as hosts of the 2025 African Cup of Nations will be followed.

Back in March, Doumbouya had appointed a new organising committee after removing the one inaugurated by the regime he overthrew and issued a decree declaring the organisation of the 2025 CAN “of national interest and priority”.

Following rumours in August that the hosting rights may be taken away from Guinea, former Nigerian Football Federation boss, Amaju Pinnick, had hinted that Nigeria would bid to host the competition.

Meanwhile, Algeria, Senegal and Morocco have already indicted their intentions to bid for the 2025 AFCON tournament.