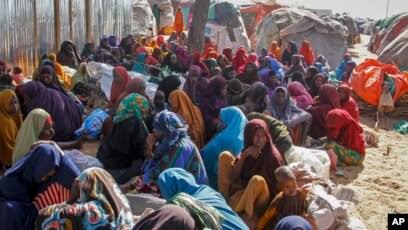 The World Health Organisation (WHO) on Thursday said millions of starving people in the Horn of Africa have resorted to taking extreme and risky measures, including sex trading, to survive.

The global health organisation warned of a serious humanitarian crisis facing the region which had made millions of hungry people to engage in desperate measures to survive.

The WHO Incident Manager for Drought and Food Insecurity in the Greater Horn of Africa, Sophie Maes, who gave the warning, said the WHO and other aid agencies are unable to provide the help needed to stave off hunger and ill health because of a severe funding shortage.

Speaking in Nairobi, the Kenyan capital, Maes said the World Food Programme has run out of money and had to cut rations for many beneficiaries to be able to support those most in need.

She noted that health risks have been compounded by four years of consecutive drought with a growing number of people engaging in risky behaviour just to get something to eat and support their families.

“People are desperate to get money. So, there is survival sex going on. There is more violence, fighting for the meager resources.

“And, also, gender-based violence going up with women having to go farther to find food and water. So, as they are further away from where they live, they are more prone to be attacked.”