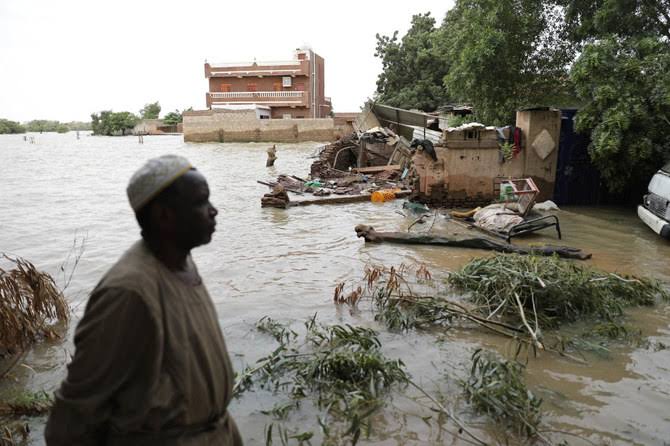 The Save the Children Foundation on Friday, said 83 people have so far lost their lives with another 146,000 displaced as while entire villages have been wiped out by flood in parts of Sudan.

The UK-based non-governmental organisation (NGO), in a situation report on Saturday, said nearly 44,000 homes have been partially or completely destroyed as the flood from the overflowing River Nile has affected people living in the Gezira and Nile states and require assistance from international donor agencies.

The Sudanese authorities have since declared a state of emergency in a third of the country’s provinces including Central Darfur, South Darfur, and West Darfur, but the NGO believes the situation could turn into a larger humanitarian crisis is nothing is done urgently.

“It’s the fourth straight year of unusually heavy rain and extensive flooding and as the downpours continue, more people are likely to be affected through to September.

“Sudan is particularly vulnerable to impacts of the climate emergency, with extreme weather events over several decades eroding the nation’s resilience in the face of shocks like floods and drought.

“It’s one thing to have such devastating floods every 100 years, but in Sudan we are seeing these floods happening more regularly, and more ferociously.

“Sudan is no stranger to floods but they’re now seeing whole communities wiped out.

“We are calling on leaders in the world’s worst polluting countries – including politicians, corporations, and wealthy elites – to tackle the root causes of the climate crisis, for the sake of current and future generations of children,” Arshad Malik, the country director for Save the Children, said in the statement.