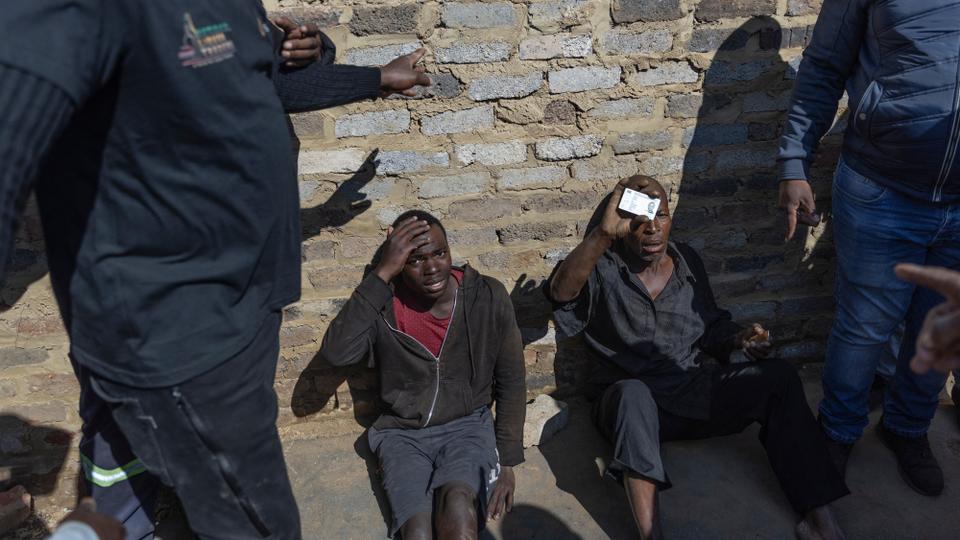 Hundreds of angry residents of a South African mining city of Krugersdorp, on Thursday, took out their anger on ‘illegal’ migrant miners and attacked them with machetes, golf clubs, iron rods and hammers following the gang rape of eight models during a musical video shoot.

The eight models were raped on July 28 when a television crew filming a music video at a mine dump in the township of West Village, was attacked by heavily armed men.

The mob which chanted war songs as they went about looking for the miners accused of committing rape and other crimes in the city, set fire to their camps in the Krugersdorp’s Kagiso township, barricaded roads with rocks and burned tyres during the protest against the miners’ presence.

Some of the miners were stripped naked and beaten by the residents, while others were chased out of their camps and beaten before being handed to over to the authorities.

On Tuesday, the South African police had charged 84 suspects to court following the gang rape which Police Minister Bheki Cele, called “shame of a nation.”

The police in a statement, said they were still analysing DNA evidence and investigating 32 counts of rape to ascertain the level of culpability of the suspects.

Krugersdorp, a mining city on the western edges of Johannesburg, is populated by armed gangs battling for control of abandoned shafts to exploit any remaining gold, with the trade believed to be dominated by immigrants who enter the country illegally from neighbouring countries like Lesotho, Zimbabwe and Mozambique.