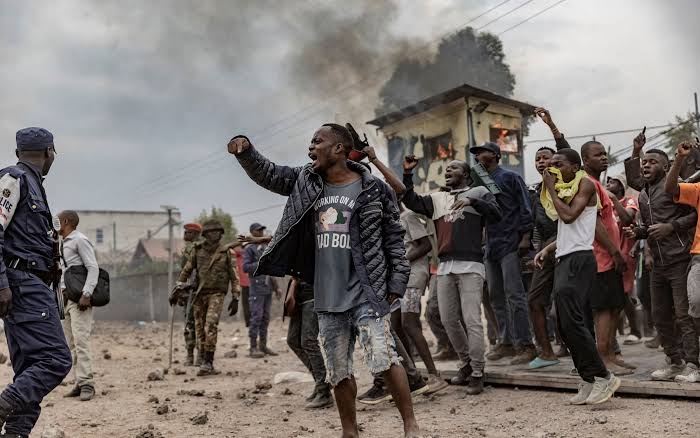 The Democratic Republic of Congo has called for the expulsion of the spokesman of the United Nations Mission known as MONUSCO, Mathias Gillman, following comments the government deem inappropriate in before recent demonstrations against the UN peacekeepers.

DRC’s Foreign Minister, Christophe Lutundula, who made the request on behalf of the country in a letter to the UN, said the government considers that the current tensions between the mission and the population were due to the “indelicate and inopportune statements,” Gillman.

“The Congolese government considers that the presence of this official on the national territory is not likely to promote a climate of mutual trust and serenity so essential between the Congolese institutions and MONUSCO,” the government letter said.

“The Congolese government would greatly appreciate if arrangements are made for Mr. Gillman to leave the territory as soon as possible,” it added.

Following the recent protest against the UN mission where at least 36 people were killed and 170 injured, the government held a crisis meeting to reassess the presence of United Nations peacekeepers and the outcome was the decision to expel Gillman.

The government will also meet with the U.N. mission to discuss the possibilities for its withdrawal from the country.

In the letter, the DRC also set a timeline for the UN peacekeeping mission spokesman to leave the country, saying that they wanted the Gillman removed to help “complete the transition plan for the end of its final withdrawal from Congo, by the horizon 2024, as agreed.”