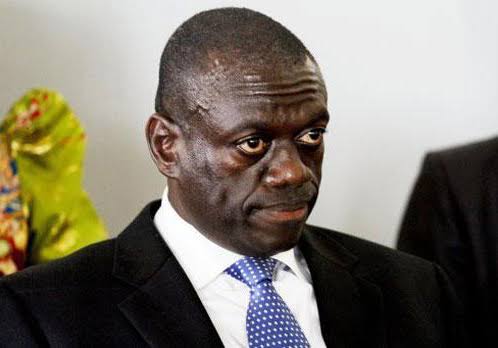 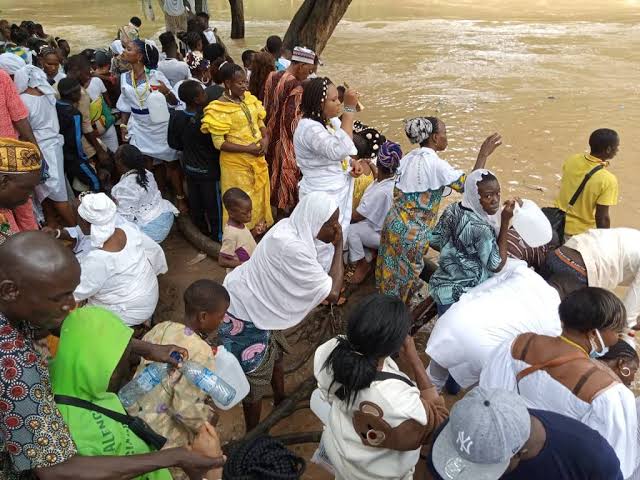 In this video, a congregation of worshippers are at the famous Osun river, South West Nigeria to perform religious rites in this year’s Osun Osogbo festival.

The sacred river is one of the highlights of the festival. It is believe to hold the power of fertility. Thousands of people gather in procession to the river every year to offer prayers and sacrifice to the Yoruba goddess of fertility. 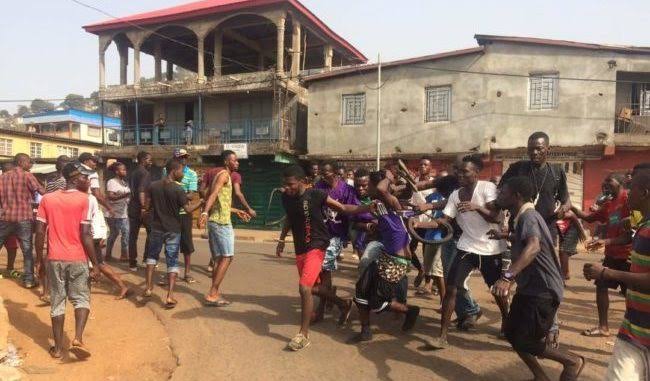 Watch a session of the ongoing “Bio must go” demonstration in Sierra Leone. Two policemen have been killed in the outrage.

The president has called for calm and has declared a nationwide curfew on Tuesday.