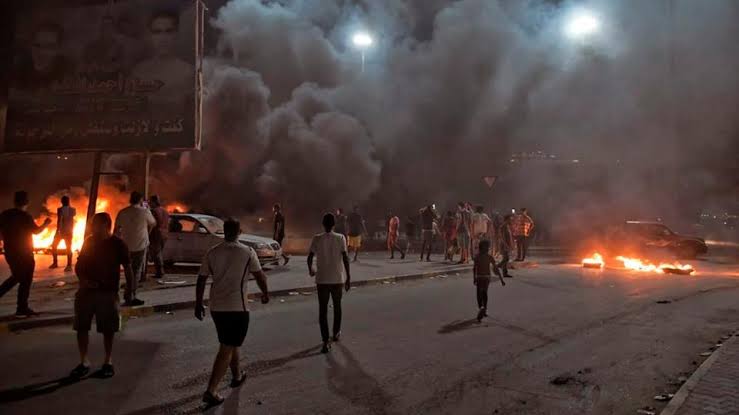 Protesters in Libya on Friday, stormed the country’s parliament building in the eastern city of Tobruk and set it on fire following widespread demonstrations against deteriorating living conditions and a political deadlock that has engulfed the country.

Two governments have been vying for power for months with one based in Tripoli led by interim prime minister Abdulhamid Dbeibah, and another headed by former interior minister Fathi Bashagha, appointed by the parliament and supported by eastern-based warlord Khalifa Haftar.

According to media reports, the country has endured several days of power cuts, worsened by the blockade of several oil facilities against the backdrop of political rivalries which had seen a rise in high cost of living leading the youths to protest and demand the leaders step down.

Several media outlets in the North African said the protesters had “managed to penetrate the building and committed acts of vandalism,” with television stations showing images of thick columns of black smoke coming from the perimeter of the parliament building as angry protesters burned tyres.

Other images also showed a protester driving a bulldozer that smashed through parts of a gate, allowing other demonstrators to enter more easily, while cars of officials were set on fire.

The protesters then began to break through the building’s walls with construction equipment while other protesters, some brandishing the green flags of the Kadhafi regime, threw office documents into the air.