A South African-born British nurse, Thulile Bhebhe, has been removed from the UK medical register after she was exposed for faking her husband’s death in a bid to claim over £400, 000 in life insurance payout.

Bhebhe, who also lied to get another job while on suspended, allegedly told British insurers Aviva that her husband, Bekezela, had died after suffering a pulmonary embolism while on holiday in Zimbabwe in August 2016.

The 52-year-old mother-of-two had continued to maintain the claim for more than a year before investigators found out that Bekezela, who was also a nurse, was still alive and had worked a day shift at Charing Cross Hospital in London on the day she claimed he had died.

Her husband was cleared of fraud at a trial after a judge ruled there was no evidence he had knowledge of his wife’s activity. 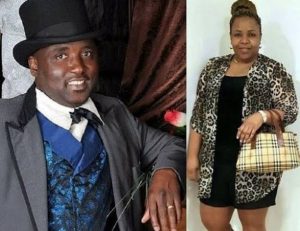 Bhebhe, originally from South Africa but migrated to the UK, had earlier been convicted on a single count of fraud by false representation at Central London Magistrate’s Court back in November 2018.

At her arraignment on Friday at a Special Queens Council Court, the prosecutor said Bhebhe who had studied and worked in the UK for 14 years, was working for the NHS Direct phone services when she concocted the idea to forge her husband’s death certificate.

“In September 2016, she sent Aviva a medical consent form and a medical certificate from a hospital in Zimbabwe, claiming her husband had died on August 9.

“But when the insurance investigators probed the claim in January 2017, they contacted her husband’s workplace and found he had completed a shift on the very same day,” prosecutor Julian Pozimski said, adding that the case involved the provision of a life insurance policy worth a total of ‘£397,153’.

In his passing his sentence, Judge Nigel Seed described Bhebhe’s life insurance claim as “an audacious and fraud” but “sophisticated” is hardly the word one could apply to it.”

And following her conviction, the Nursing and Midwifery Council promptly struck her off the medical register which means that she can no longer practice as a nurse in the UK. 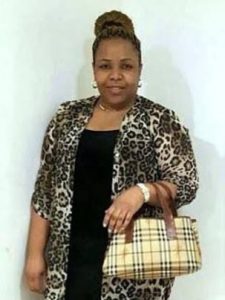 “The panel considered that your removal from the NMC register is necessary to mark the importance of maintaining public confidence in the profession, and to send to the public and the profession a clear message about the standard of behaviour required of a registered nurse,” it said.