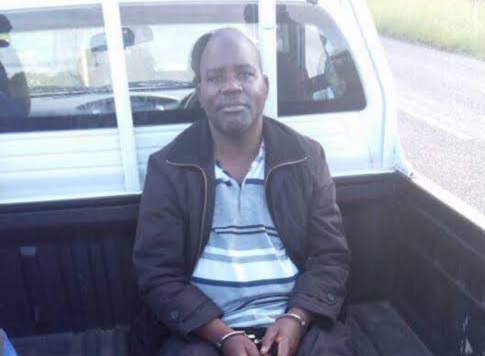 A Catholic priest, Rev. Father Thomas Muhosha, alongside a police officer, Chikondi Chileka and a medical practitioner, Lumbani Kamanga were on Tuesday, sentenced to death by a Malawian High Court judge, Dorothy Nyakaunda Kamanga, for allegedly conspiring to kill an albino, MacDonald Masambuka, for ritual purposes.

Judge Kamanga also sentenced the duo of Muhosha, Chileka and three others to 30 years imprisonment with hard labor on charges of transacting in human parts, while Kamanga, a clinician, also received an additional 60-year term on charges of extraction of human parts.

Masambuka had reportedly gone missing from his village on March 9, 2018, and a month later, his decapitated body was found buried in the garden of a home in the Machinga district in the south of Malawi where one of the suspects lived.

Documents presented in court showed that the victim’s brother, Cassim Masambuka had lured him to meet the brother’s friends with the ruse that he had found a woman who was willing to marry the albino after many women had rejected him because of his condition.

Cassim Masambuka was also sentenced to life in prison for murder along with a 14-year sentence for trafficking in persons.

The court heard that Cassim and MacDonald got to their destination, the others who had been lying in wait grabbed MacDonald by the neck and dragged him to the garden where they killed him, before cutting off his limbs and burning his body using gasoline.