One week after picking the highest goal scorer award (Pichichi) in the Spanish women league, Nigerian female soccer star, Azizat Oshoala was on the losing side when Lyon female team defeated Barcelona 3-1 on Saturday to win the women’s Champions League final for the eighth time in the final played at the Juventus Stadium in Turin.

Lyon’s Les Fenottes were in devastating mood from the first blast of the whistle, starting the damage as  early as the sixth minute with Amandine Henry blasting home the opener from well outside the box to give the French team an early lead. 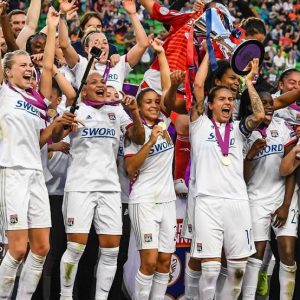 Though Barcelona cut Lyon’s lead back to two with a goal from Alexia Putellas just before halftime, the damage had already been done in the first half of the pulsating match. 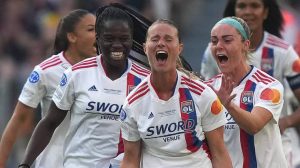 Though Barcelona have been a dominant force in Spain, going the whole season without losing of the 30 matches they played with the Super Falcons striker scoring 20 goals despite an injury plagued season, Lyon’s Les Fenottes have dominated European women’s club soccer, winning six of the last seven Champions League titles. 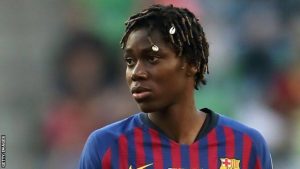 Last season was the only exception when Lyon was defeated by Paris Saint-Germain in the quarterfinals.